Tag Archive for: One Ocean Summt 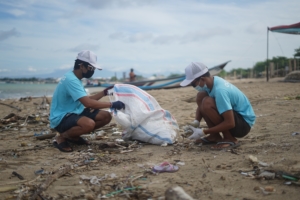 France hosted representatives from more than 100 countries at the One Ocean Summit in the French city of Brest from Feb. 9-11, 2022. The summit aimed to “raise the collective level of ambition of the international community on marine issues” and turn the global responsibility to “[safeguard] the ocean into tangible commitments” by addressing challenges such as pollution and overfishing. Ocean sustainability is key to the success of global economies. Marine conservation has an array of humanitarian benefits and can help alleviate poverty in developing nations.

Water covers more than 70% of Earth’s surface, meaning that oceans are a critical part of everyday life for people across the globe. Prior to the One Ocean Summit, few international meetings focused directly and solely on ocean conservation. The One Ocean Summit aimed to highlight the vast importance of healthy oceans, with an emphasis on ocean resources, trade and the multitude of connections between marine and human life. The summit addressed threats to healthy oceans, including resource exploitation, pollution and extreme weather events.

In response to the issues brought to light by the One Ocean Summit, with the support of its Member States, the private sector and other U.N. bodies, the United Nations Educational, Scientific and Cultural Organization (UNESCO) made a commitment to map by 2030 80% of the global ocean seabed, 20% of which was mapped prior to the summit. Mapping the seabed will help countries better understand oceans and marine resources and learn how to conserve them. The One Ocean Summit also led to other initiatives that will help protect marine ecosystems, promote sustainable fishing and combat pollution, especially in relation to plastics.

Healthy oceans are essential to sustainable development. Oceans provide food, natural resources and employment to people around the world. Marine degradation often affects tropical, low-income areas the most. As sea levels/temperatures rise, fish migrate to other locations, which creates challenges for people who rely on fishing for their livelihoods. An unsustainable supply of fish can lead to food insecurity in places where the seafood is the main source of sustenance and protein. Multinational efforts are necessary to fund and promote effective ocean conservation. The seabed mapping project from the One Ocean Summit will help nations discover and execute best practices for ocean conservation.

The COVID-19 pandemic has intensified marine pollution, especially because of the “increased demand for single-use plastics.” According to the World Bank, ocean conservation relies on a combination of policies, monetary investments, technological innovations, a collaboration between public and private organizations and changes in consumer behavior. Governments can create and enforce laws in favor of ocean conservation while the private sector can help fund ocean conservation efforts and create new innovations to support the cause. Public and private collaborations that promote ocean sustainability may be particularly useful when it comes to reducing plastic pollution. International meetings like the One Ocean Summit can make large-scale steps in fighting threats to healthy oceans, including marine pollution and overfishing.

Ocean sustainability directly connects to poverty reduction and socio-economic development. Marine conservation is highly valuable in areas where fishing is essential to economic success. As a global resource, the ocean relies on international collaboration to stay healthy. The One Ocean Summit models a constructive international effort to conserve the world’s oceans.