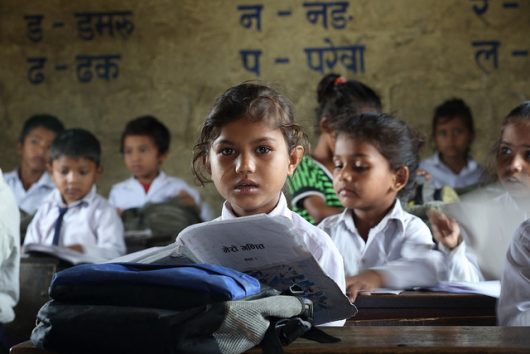 On June 19, 2017, Omnicom announced that their company is partnering with Theirworld and Girl Effect to support global education. As Omnicom is a leading global marketing and corporate communications company, the three-year global partnership is likely to yield success.

The decision was made as a pledge to the United Nations’ Sustainable Development Goals (SDGs). The company decided to focus its efforts towards the fourth SDG, “inclusive and quality education for all.” Toward this end, Omnicom also fulfills another SDG, which calls on corporations to partner with other organizations in an effort to alleviate global poverty and its effects.

Omnicom’s support for global education programs began with the launch of the Common Ground Initiative in 2016. The initiative pulled together six of the largest communications companies worldwide in support of SDGs. As part of the initiative, Omnicom agreed to provide funding and encourage other industries to find “Common Ground” in the effort toward global development.

The partnership between these three organizations shows Omnicom’s commitment to the initiative. Theirworld and Girl Effect are both non-government organizations whose primary focus is to provide quality education for all. Girl Effect focuses on gender inequality in education through the use of mass media and mobile technology. Along similar lines, Theirworld is a charity for children that utilizes research to better the health and education of children globally. In the announcement, Theirworld and Girl Effect expressed their excitement about the partnership because of the importance of storytelling. Both agree that Omnicom’s ability to tell a story will send a message to other large industries, giving a huge boost to global education efforts.

With the collaboration of large companies and organizations like Omnicom, the U.N.’s SDGs have a high potential to be reached by 2030. Other industries will hopefully follow suit with Omnicom in the effort to support global education and alleviate global poverty through cooperative partnerships.