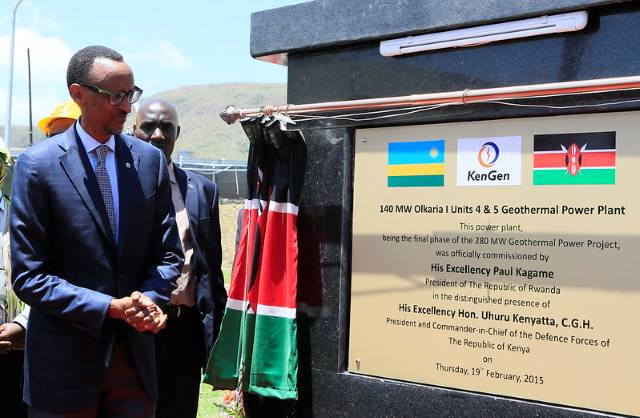 The geothermal energy in Kenya comes from Africa’s Great Rift Valley, a natural geological phenomenon created by tectonic plates, where the Earth’s mantle of molten rock comes closer to the surface. Geothermal energy plants produce electricity by harnessing this heat and creating steam to power turbines. Approximately 38% of Kenya’s electricity now comes from geothermal power rather than other non-renewable sources such as coal or natural gas.

Kenya’s primary geothermal power plants are contained in the Olkaria Geothermal Project, which has the potential to produce 791.5 megawatts of total energy, accounting for 27% of all energy in Kenya. The project sources its experts and employees locally, producing jobs and encouraging higher education. Renewable energy in Kenya is an integral part of helping the country maintain its pace as one of the fastest-growing economies in Africa.

How Geothermal Power Can Help Poverty

Despite its substantial progress, Kenya still struggles with poverty and access to electricity is still unavailable for a quarter of the population. An estimated 15.9 million people were living in poverty in 2020, which equates to about a third of all Kenyans. Rural areas have the highest concentration of multidimensional poverty and nearly half of those living in multidimensional poverty are children. Access to power, which often correlates with poverty, can help efforts to reduce poverty and improve access to education and healthcare in underserved areas. The reliable nature of geothermal power can also reduce the likelihood of blackouts and make electricity more dependable.

Geothermal energy also produces significantly fewer carbon emissions than traditional fossil fuels, “just 2.7% as much as burning coal or 5% as much as natural gas.” The reliable nature of geothermal energy, and its lack of continuing fuel costs, also keeps its costs of operation and maintenance low and predictable. After the initial costs of discovery and development of a geothermal power plant, it remains cost-efficient and it can produce energy at a stable and affordable price.

Another advantage of this type of renewable energy in Kenya is its minimal use of land. The Olkaria Geothermal Project, which is located in the Hell’s Gate National Park, takes up less space than other sources that produce the same amount of energy. This allows more of the surrounding natural landscapes and ecosystems to thrive without interruption.

The Kenyan government outlined a goal to provide universal access to electricity by 2022. The Kenya National Electrification Strategy, which was created in 2018, incorporates multiple strategies to expand access to rural areas and strengthen existing power infrastructure. A focus on renewable energy will also help Kenya meet its goal to reduce its carbon emissions by 30% by 2030 while continuing to develop. Through partnerships with the World Bank and other institutions, the government is working to keep electricity affordable, clean and reliable. Kenya now has the highest rate of electricity access in East Africa and it continues to improve dramatically. With further investment and a focus on geothermal and renewable energy, Kenya can continue its pace and develop sustainably.