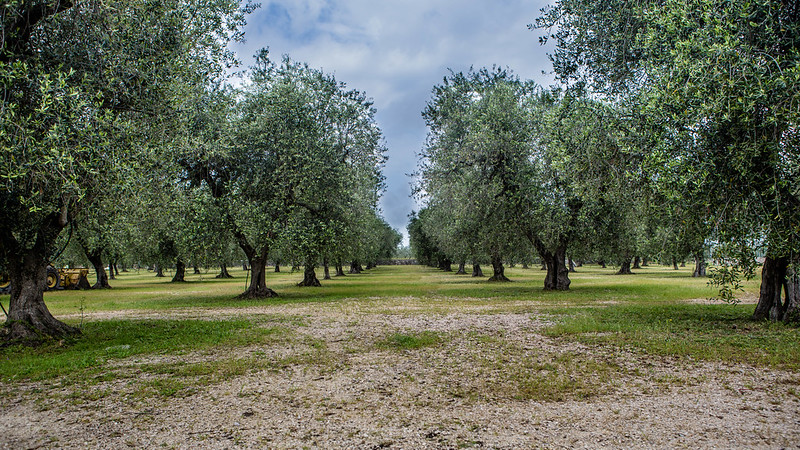 The former leader of the Palestinian Liberation Organization, Yasser Arafat, once said, “I come bearing an olive branch in one hand, and the freedom fighter’s gun in the other. Do not let the olive branch fall from my hand.” In Palestine, the olive tree is a symbol of freedom and represents a deep connection to the earth it grows on. Olive trees take up to 12 years to become fruitful and live an average of 2,000 years. Tending to these trees is a generational task passed on over a millennium. In essence, olive trees in Palestine are proof of the people’s long-standing connection to the land.

The olive trees function on a socioeconomic level. It is a source of income for farmers and provides security for future generations to ensure that they will have consistent income as well. However, the Israeli occupation has made things difficult for farmers in Palestine. Olive trees on ancestral lands are bulldozed to make way for illegal Israeli settlements. Furthermore, the disjointed great wall has cut Palestinians off from their orchards. The United Nations Office for the Coordination of Humanitarian Affairs estimates that the Israeli military has destroyed approximately 1,800 acres of olive orchards near the great wall.

As such, Palestinian farmers have lost their lands, depriving them of income, food and freedom. More than one million Palestinians are now experiencing poverty. This is well over half of the total population.

Grassroots efforts are vital to the future of Palestine. Zatoun, named after the Arabic word for olive, is a volunteer grassroots organization that helps Palestinian farmers affected by Israeli military destruction. It sells olive oil online and takes advantage of the global market to serve Palestinian farmers and tell their stories.

With help from Canaan Fair Trade and Palestine Fair Trade Association, Zatoun’s Trees for Life program allows people around the world to sponsor olive saplings for farmers to raise. Since 2004, its efforts have benefited almost 4,000 farmers in Palestine. The organization’s goal is to partner with 250 farmers to plant 10,000 trees in 2021.

Palestinians must be able to earn a consistent income to end poverty. Thus, olive orchards are a vital part of the Palestinian economy as they help farmers ensure financial security for generations to come. Farmers who are able to tend to olive trees without fear of suppression will help the economy thrive.