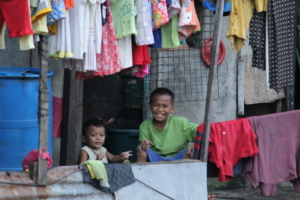 As demand for electricity grows in the Philippines, so does the occurrence of power outages. Renewable energy in the Philippines presents itself as a potential solution to this issue that affects its citizens so often, especially with 23.7% of its population living in poverty. A future with fewer power outages means better access to sanitation, healthcare, education and many other elements necessary for a country to grow its economy and continue to develop.

The Philippines historically has relatively lower rates of energy consumption. However, demand is growing as the government works to expand electricity access to the whole nation. As of 2020, 96.8% of people in the Philippines have access to electricity, an increase of 20% over the last two decades. This has paid for itself through the benefits that it has brought to the Filipino economy. For instance, there is an annual welfare gain of $616 in electrified households. This, when taking the cost of electricity into account, is roughly the same increase in welfare that comes from conditional cash transfers that the government runs.

Despite the benefits that increased access to electricity has brought, its stability often falls into question, especially because of the impacts of climate change. Electricity outages affect every sector of the Filipino economy and just one hour of an outage has been demonstrated to deal a heavy blow to its GDP. Not only do these outages harm the economy, but dozens of peer-reviewed articles have pointed to evidence that they also lead to negative health outcomes in both the short and long term.

How Renewable Energy Can Help Improve the Situation

With the drastic consequences of power outages playing themselves out so often, it has become apparent that in order for the development of the Philippines to be sustainable, the energy it uses must be as well. A grid powered by renewables has been shown in models to provide stability at a cheaper price point. Not only is it possible, but some also claim it is preferable. The money and time invested into short-term energy supplies, such as kerosene, stands in the way of more productive economic activities that can fuel growth. Harnessing readily available resources, such as water or the sun, can quickly supply remote villages with long-term electricity.

Luckily, the Philippines is home to an abundant supply of renewable energy resources that can provide low-cost solutions to a lack of reliable energy. Considering the number of fossil fuels that the Philippines currently imports to keep the lights on, investment in homegrown solar, wind, hydro and geothermal power sources could save everyday Filipinos money while bolstering the country’s economy.

Where Renewable Energy in the Philippines Stands Right Now

With over 47% of its energy coming from renewables, the Philippines has been a leader in the expansion of these technologies. Though there has been an uptick in the use of renewable energy, it still has a long way to go before it unleashes its full potential. The government has set a goal of 15.3 GW of renewable power capacity by 2030, according to Energy Tracker Asia.

The Philippine government has worked vigorously to expand the use of renewables. One of the key factors to its success has been shaping a marketplace that incentivizes renewable energy in the Philippines under the Renewable Energy Act of 2008. Some of these incentives include tax breaks, renewable energy sourcing mandates for suppliers and the Green Energy Option Plan which allows users to switch to a renewable energy supplier.

Along with government action, a number of businesses and NGOs are helping the Philippines along the way in its renewable energy transition. One of these organizations is Okra Solar, a company that supplies mesh grids to villages that they can quickly attach to rooftops of households and organizations to generate energy which is quicker than waiting to get a permit for a large-scale project. Once these grids are set up, they can be linked to other grids in the same system over time to provide a whole population with shared electricity access.

This has been especially beneficial for remote islands of the Philippines that often rely on importing diesel for electricity needs. The company’s systems could create a 30% increase in income through jobs in management and upkeep of the panels. Okra Solar has received a loan of $500,000 to supply 30,000 pods over the next few years.

The Philippines has come a long way in its mission of providing electricity access to all of its population. As demand grows, a key way to avoid power outages and reduce the costs of electricity is further to invest in renewables. Companies like Okra Solar and policies such as the Renewable Energy Act of 2008 will help the Philippines reach a sustainable and electrified future.