Tag Archive for: oil in kenya 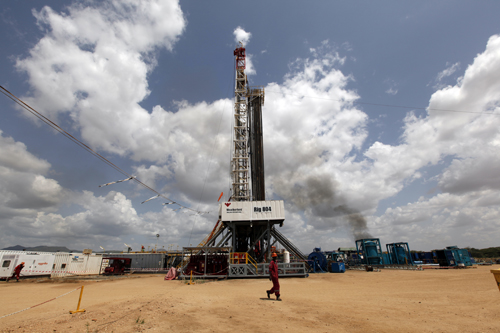 The county of Turkana, Kenya, is currently situated over an estimated 750 million barrels of oil. From the outside looking in, the oil is a winning lottery ticket for Turkana, with 90 percent of its 1.3 million people living below the poverty line. Jobs and business opportunities have increased due to the oil wells, and the oil is expected to make billions of dollars annually for Kenya in just a few years, 20 percent of which will go to the Turkana County government.

However, many people in Turkana do not see the oil in Kenya to be a glimmer of hope; rather, they fear that the new wells will contribute to conflicts over scarce pasture and water resources. Turkana is home to millions of pastoral animals that now have no access to pasture due to the oil rig installations, and they must be herded long distances to find drinkable water and a specific type of grass.

The oil in Kenya has also been said to be killing goats in the county and has caused a stench problem throughout some families’ homes, making it hard to live. The Kenyan government must address the consequences of the oil as well as Turkana residents’ feelings toward the oil to avoid intense conflict, violence or even a civil war.

Turkana, as a county, has been struggling with poverty and human development for many years. Turkana County has the highest maternal and infant mortality rate in the country, the lowest rates of education enrollment and the lowest life expectancy in Kenya. Turkana also suffers the worst of all the counties in Kenya from the ongoing drought that has now been recognized as a national disaster.

Furthermore, the United Nations and Kenyan government estimate that 2.7 million people in Kenya as a whole are facing a food shortage. With all of these struggles that both the country and Turkana County have been facing, it is easy to see why many people feel the oil in Kenya is a sign of hope for a better future. With regards to the infamous possibilities that could be Turkana’s future, as well as Kenya’s, it is important for the government to have regard for the animals, farmers and land.