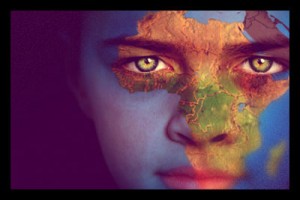 Africa promises a bright new future. Population projections show that in the next 25 years Africa will more than recover its population losses from the ’80s and ’90s. At the same time, investment companies see Africa as having some of the world’s most promising opportunities for sharp economic growth.

2. Nigeria has a large population base and a thriving petroleum export business. Nigeria is consolidating political reform, as exemplified by two peaceful transfers of power within the past decade. Nigeria also has demonstrated its prowess in mobile telecommunications technology.

3. Angola is growing rapidly due to oil exports. Angola’s economy is vulnerable because it lacks diversity but for the time being it is rapidly expanding its infrastructure as part of a controversial “infrastructure for oil” trade agreement with China, which critics believe benefits the Chinese more than the Angolans.

4.  Ghana is “one of the fastest growing economies in the world.” Ghana’s economic growth is based primarily on its oil production, but  political and economic reforms that were in place nearly two decades before oil was discovered in 2007, play a major role in the country’s long-term economic prospects and sustainability, even though Ghana’s rate of growth will not remain at its current astronomical levels.

5. Ethiopia represents a huge market that can drive economic growth and integration in the Horn of Africa region. Ethiopia’s economic growth has been fueled by hydroelectric power, which enables it to export electricity to neighboring countries. Ethiopia has also benefited from large-scale government investment in agriculture, industrialization, and infrastructure.