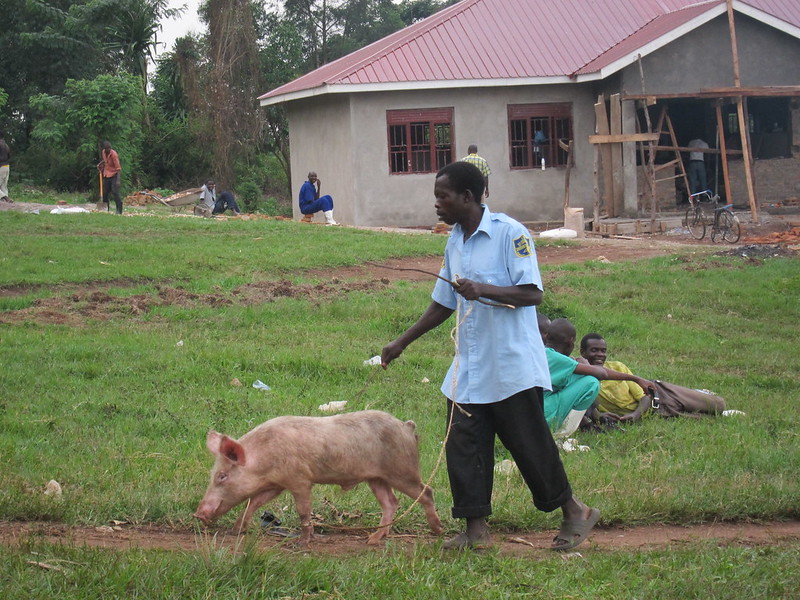 African Swine Fever (ASF) may seem unimportant during the COVID-19 pandemic, especially as the virus that causes ASF cannot infect people. Nevertheless, it can produce serious consequences. ASF can cause up to 100% mortality in pigs. The disease not only affects pork, the most consumed meat in the world, but also devastates the livelihoods of pig farmers around the world. ASF may also hurt a country’s trade with other countries. In addition, ASF can be the target of an eradication program that costs millions of dollars. For example, in Spain, it cost an estimated $92 million in just five years. Rural development and the alleviation of poverty are at stake as well. Hence, the connection between foreign aid, pork and poverty is more significant than you might think.

Pig farming is connected to the livelihoods of people around the world. In Nigeria, pig farming helps Nigerians get out of poverty. An outbreak of ASF during the summer of 2020, however, already affected Nigerian farmers. Farmer Ayo Omirin told the BBC that four farmers died as a result of shock. Two of these farmers, who slumped over and died on the farm, leave their dependents facing an uncertain future. Thankfully, the state government has offered help to the farmers impacted by ASF.

To successfully combat ASF, foreign aid flows must not stop. The Nigerian state government may have been able to provide help in part to such flows. To help us better understand foreign aid, The Borgen Project interviewed Professor Waya Quiviger, an IE University professor. Quiviger told The Borgen Project that “[Foreign aid] … could be defined as the international transfer of capital, goods or services from a country or international aid agency to a recipient country or its population. That would be a simple definition. Foreign aid consists of all resources transferred from donors to recipients.” This would include military aid and private aid, such as NGOs and individual donations.

In 2009, scientists authored a report that said “[international] agencies and donors should promote local capacity development, research activities including risk assessment, and regional coordination of emerging swine disease surveillance including ASF.” Now in 2020, foreign aid is more essential than it was then. This may be because the majority of official foreign aid is allocated with respect to public goods.

Quiviger told The Borgen Project that “[Official Development Assistance (ODA)] … is basically public aid.” Foreign aid flows target the economic development and welfare of designated recipient developing countries. Many of the countries in which ASF is or could be present will need support in order to adequately control the disease. In particular, these countries have insufficient Veterinary Services and/or policies.

In 2019, the Organization for Economic Cooperation and Development (OECD) designated the World Organisation for Animal Health (OIE) as an ODA-eligible international organization. Consequently, ODA can contribute to to the Regular Budget of the OIE. Additionally, designated countries can receive assistance through the OIE.

ASF can generate or make more pronounced socio-economic problems, such as food insecurity. These problems could lead to suffering and instability, which other countries may wish to address. Additionally, others may feel sympathetic or worry about their country’s national security. Countries may then send funds to address the problem.

As an incentive, donor countries could see how the OIE is involved in other activities. For example, peste des petits ruminants (PPR), a disease of goats and sheep, threatens the livelihoods of 300 million rural families around the world. In 2019, the OIE Vaccine Bank delivered 10.1 million doses of a vaccine to deal with the disease. Funding for this program came from the World Bank, the E.U., Italy, France and the U.K. Together with international agencies, national actors, can use foreign aid to help control ASF. Thus, people around the world can enjoy pork, maybe even as they move past poverty.

What Can You Do?

Quiviger mentioned in the interview that “Another type of aid is private aid … Private aid is aid given from NGOs or donors, like you and me. Bill Gates for instance.” However, during the COVID-19 pandemic, donor countries may scrutinize and cut their foreign aid. Importantly, the U.S. is a donor of the OIE. As an individual, you can contact your senators and representatives in Congress to ask them to support the International Affairs Budget.