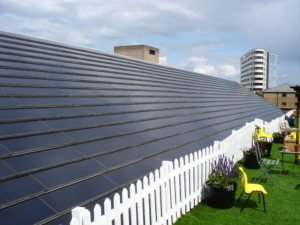 Octopus Energy, a U.K. energy provider, has merged with the housebuilding firm Ilke Homes in an attempt to revolutionize the U.K. energy market. Their new big promise is no energy bills for U.K. citizens. Data the energy market regulator Ofgem published stated that in 2021, the average U.K. citizen spent as much as £1,138 a year on electricity bills. Octopus has officially pledged to get rid of that entire number, provided consumers do not use more than 10MWh of energy (which is the annual standard energy usage).

The strategic partnership between the two companies comprises two factories, situated in Stanfordle-Hope, Essex, including an air source heat pump, solar panels and battery storage technology. These environmentally friendly technologies can generate clean, free energy whilst making use of the Octopus energy tariff. All of Octopus’s tariffs use 100% green electricity and are no more costly than other energy providers’ non-green tariffs.

Currently, the project is undergoing testing with two semi-detached, medium-sized family homes in Essex. The project consists of eco-friendly and intelligent houses, equipped with technology that sustainably collects and transforms energy. Further, exceptional insulation should prevent heat from escaping and reduce the need for gas-dependent heating. As the houses are meant to reach the “No Energy bills for U.K. citizens” specification as advertised, they will have highly efficient solar panels covering their entire roofs, heat pumps to convert solar energy into heating and a central battery to store any excess energy. In the case that this proves to be insufficient, the houses can still access the central electricity grid and can draw energy when needed. The scheme aims to start mass production of energy bill-free houses and is ready to deliver to all parts of the U.K.

The Cost of the Scheme

The scheme cannot undergo implementation in already existing houses, and buyers have to buy it when they acquire their homes. The setup itself adds an extra £8,000-£9,000 to the total buying price, which includes the individual energy generator components like the solar panels, the battery storage and the air source heat.

However, the providers argue that individuals should not only expect increasing living costs but also even higher energy price caps. The energy price cap in the U.K. increased to £1,971 per year in April 2022, and the previous cap had already been very troublesome for many. Ofgem’s CEO has stated that he predicts the energy cap will increase further and be around the £2,800 mark eventually. This could subsequently hit low-income households the hardest and force many into so-called ‘fuel poverty,’ which is defined as a household with an energy rating of band D or below.

A total of 8.5 million households are at risk of not being able to pay for heating and power. In that context, the junction shows real potential for the average citizen. Further, the CEO of Ilke trusts that “green technology building costs” are only going to reduce over the next few years with the hope of breaking even compared to conventional energy systems by 2030. No energy bills for U.K. citizens would not only lift millions out of poverty but also free up funds for children’s education, health care and pension funds. The U.K. government has not yet granted a grant scheme but continues to actively express its support for innovative and consumer-friendly schemes like Octopus X Ilke.