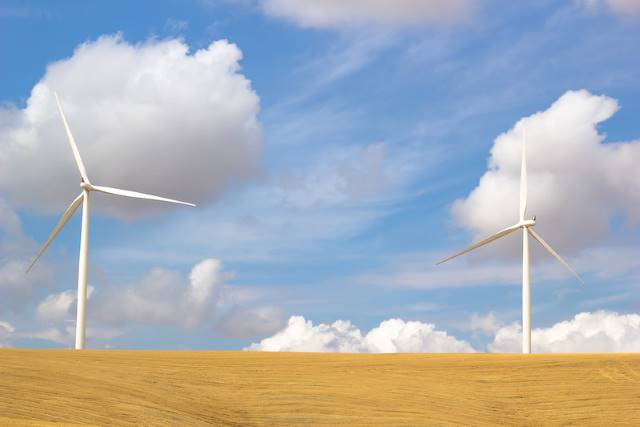 South Korea’s government announced plans to construct an 8.2 gigawatt “offshore wind facility by 2030.” Once completed, the project will stand as “the world’s largest single offshore development.” The project comes with economic and environmental advantages for South Korea. In order to help the economy recover from the COVID-19 pandemic, the offshore wind farm will increase revenue and energy production. The plan forms part of President Moon Jae-in’s Green New Deal project. The Green New Deal began in 2020 and will help Asia’s fourth-largest economy reduce its dependence on fossil fuels.

The offshore wind facility project has already garnered significant funding. Several companies have contributed $42.4 billion to the project and the government will cover $802 million of the cost. In addition to generating renewable energy, the offshore wind project will create 5,600 jobs in the area. It will also extend South Korea’s “existing 1.67GW wind power capacity to 16.5GW by 2030.”

South Korean officials state that the wind energy facility “will produce energy equivalent to the output of six nuclear reactors.” The project has garnered significant support around the country due to its many benefits. A signing ceremony recently occurred for the new wind project in Sinan, a coastal town in the southwest region of the country. The offshore wind farm project is predicted to make an impressive impact on the country’s economy due to citizen, government and fiscal support.

South Korea’s early response to the COVID-19 pandemic was successful as early testing and containment of the virus limited spread. However, the virus caused an economic recession due to halted business operations, closed borders and restricted mobility. For the first time since 2003, South Korea fell into a “technical recession.” In the first quarter of 2020, South Korea’s GDP declined by 1.3% followed by a second quarter decline of 3.3%.

The recession was caused greatly by a lack of demand for South Korean exports. Exports make up about 40% of the country’s GDP, so without the typically high supply and demand for products, South Korea’s economy was hard-hit. The economic decline also led to job losses across multiple sectors such as services, travel, hospitality, retail and manufacturing. As a consequence, South Koreans experienced harsh economic impacts, especially those already in poverty.

Despite South Korea’s status as a large world economy with high rankings in terms of education and healthcare, it still has a high poverty rate. The OECD ranked South Korea fifth among 33 countries for relative income poverty, with a rate of 16.7%. Relative income poverty is defined as “the ratio of the number of people whose income falls below half of the national median household income.”

Renewable energy sources such as wind power can help reduce poverty by decreasing a country’s reliance on fossil fuels. Fossil fuel prices can fluctuate drastically, causing instability in the economy. Wind turbines can replace the use of fossil fuels. The renewable energy sector also creates jobs and allows for energy security. With the power to use clean energy and bring economic prosperity to South Korean citizens, offshore wind farms provide a solution to poverty reduction.

The Future of Wind Farms

Overall, South Korean offshore wind farms could help South Korea bounce back economically after the COVID-19 pandemic. Wind energy is a sustainable resource as it is readily available. In comparison to fossil fuels, wind energy is more consistent and less expensive to harness. The boost in wind power could also place South Korea on the leaderboard for renewable energy.

Future prosperity and poverty reduction in South Korea will come from inclusive economic growth. With the use of renewable energy sources, sustainability and economic success are possible. Increasing accessibility to energy will thus help South Korea win the fight against poverty.