One in five people, roughly 1.3 billion globally, do not have access to electricity that would improve health and education while decreasing poverty. In sub-Saharan Africa, the proportion of individuals lacking electricity rises to seven out of 10.

Right now, 225 million people in sub-Saharan Africa rely on health facilities that have no electricity, and 90 million children in the region have no electricity at school. Energy poverty prevents local businesses from prospering and students from succeeding in their studies.

Providing access to electricity will allow hospitals to keep life-saving refrigerated vaccines on hand, allow students and entrepreneurs to continue their work after dark and ensure that families do not need to rely on dangerous and costly kerosene powered lamps.

But what is the best way to deliver electricity to the parts of the world that are lacking?

Aside from the obvious benefits of expanding clean energy initiatives, solar energy has shown great promise in regions such as sub-Saharan Africa and South Asia.

Bangladesh is quickly becoming one of the world’s fastest growing clean energy employers by investing in solar energy. Over the last 10 years, the number of solar power systems in Bangladesh has increased from 25,000 to 2.8 million, creating 114,000 jobs in the field. This is on par with many developed countries in the European Union.

Solar power has not been widely implemented until recently due to the high up-front cost of panels and batteries. Additionally, little public funding to assistance programs is allocated to energy access. The private sector has stepped in to fill this gap, and many start-up businesses and entrepreneurs are making clean energy more accessible and creating more jobs in the areas they serve.

Companies like Elephant Energy and divi, Inc. are currently operating in Namibia, Zambia and the Navajo Nation, providing solar energy through “pay to own” programs that allow customers to pay off their solar power technology in weekly installments.

The only problem with systems like these, as well-intentioned as they may be, is the rapid advances of solar technology. By the time individuals have paid off their solar power systems, it is likely they will be outdated.

Off.Grid:Electric has been working to solve the problem of accessible and practical energy. Currently operating in Tanzania, this start-up aims to assume the risk of transferring to solar power that their customers would normally have to bear.

As part of the program, customers have a solar panel, battery storage and charger installed in their home and prepay for the electricity they want. For 20 cents a day, the amount spent on kerosene for a single lantern, a family receives 24 hours of electricity. This provides power to families for less than what they currently pay for lanterns, as they often must use two or three kerosene lamps per night.

In addition to providing lighting, this system also allows families to charge phones and power other appliances such as cook stoves and refrigerators. It also provides health benefits by avoiding the emissions of kerosene and diesel powered lamps, which are estimated to release toxins equal to the secondhand smoke from two packs of cigarettes during four hours of operation.

Companies such as these also create jobs. Elephant Electric provides sales and marketing training to local businesspeople who deliver their energy products, and Off.Grid:Electric utilizes a door-to-door sales system that currently employs more than 300 individuals at roughly three times the pay they were making before.

Despite private sector involvement increasing investment appeal for assistance programs, there is still a need for public funding. A report by the Sierra Club estimates that $500 million in public investment is needed. This will open up a $12 billion market for clean energy services to those in need, and provide clean energy access for all by 2030. 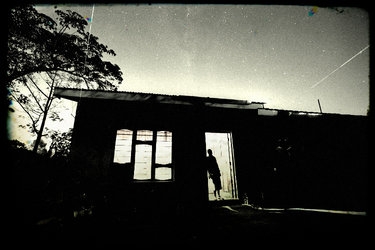