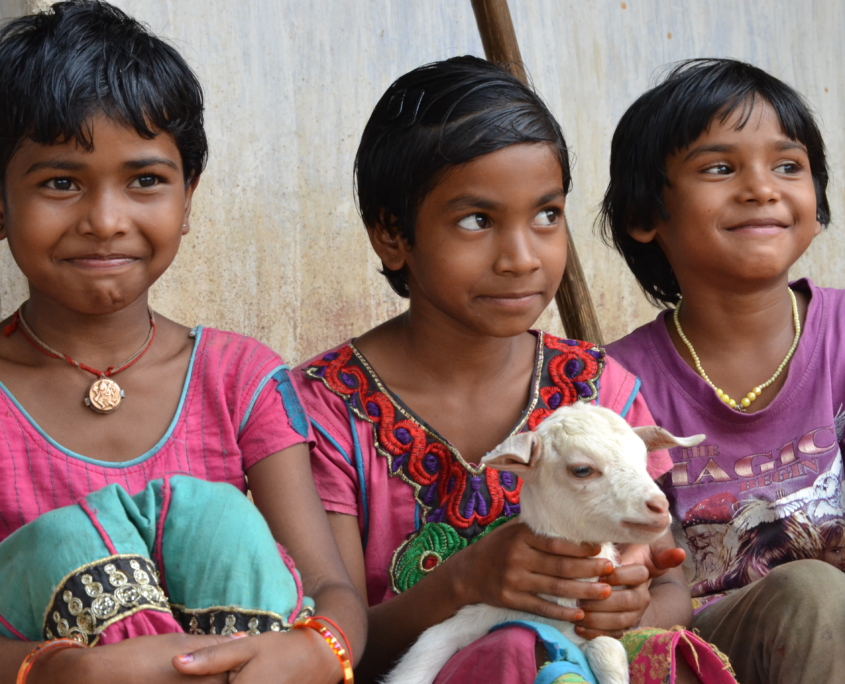 According to the World Bank, the poverty rate in Odisha is 33%, making it one of the most impoverished states in the country as of May 2016. Shifting weather patterns, which have imperiled the traditional crops, are further straining food supplies in the region. In 2013, the International Maize and Wheat Improvement Center (CIMMYT) partnered with multiple organizations, both international and local, to introduce maize to the people of Odisha. The ultimate goal of the organization is to improve food security in Odisha. The method centers on new technology, education and female empowerment.

In a widespread effort to address food security in Odisha, CIMMYT partnered with three other organizations, the Cereal Systems Initiative for South Asia (CSISA), the Odisha Rural Development and Marketing Society (ORMAS) and the Integrated Tribal Development Agency (ITDA). On the local level, the organization had the assistance of the State Department of Agriculture of Odisha and two federations of women’s self-help groups. This diverse network combined the financial and technological muscle of international aid with the immeasurable value of local expertise.

From Fallow to Fertile

In Odisha, 60,000 hectares of land are fallow due to farmer aversion to risk and lack of knowledge with regard to resilient farming practices. CIMMYT saw an opportunity, targeting the uncultivated plots as proving grounds for the value of maize, which requires less labor and fertilizer than wheat and paddy. Critically, maize is also cheaper than traditional crops.

CIMMYT and CSISA provided fertilizers, machines to dig up weeds and drills to sow the seeds. These types of technology increase crop yields. The results have been encouraging, as a total of 5,400 hectares of once-fallow lands now include maize crops. In northeastern Odisha, in the Mayurbhanj district, approximately 50 farmers have taken up maize cultivation, which has provided the farmers with a new source of income in December 2020.

Odisha is a primarily rural state. According to the World Bank, over half of the population work in farming. In order to achieve food security in Odisha, women must be able to play a larger role in the agrarian sector. Traditionally, women have had to care for the children, manage the household and support husbands in a myriad of ways. Even when women worked on the farms, it counted as “day labor,” just another manner of supporting their husbands rather than focusing on true livelihood.

CIMMYT and its affiliates worked to change this trend, relying on local women’s groups in order to foster trust and buy into the program. As a result, women have begun to take on leadership roles, a significant step toward food security in Odisha. CIMMYT boasts that 28% of the farmers who have adopted maize cultivation are women. Furthermore, the women of Odisha are prevalent within the training programs. They are graduating from gaining general awareness to specializing in specific subjects, laying the groundwork for them to take on leadership roles. During COVID-19, with many men out of work, women supported families by selling green corn.

Encouraged by early indicators of success, people fighting for food security in Odisha are looking to expand efforts throughout the state. As weather patterns continue to shift, farming practices have to become more efficient and resistant. CIMMYT and its affiliates believe that all populations in Odisha, regardless of gender, should reach their full potential.