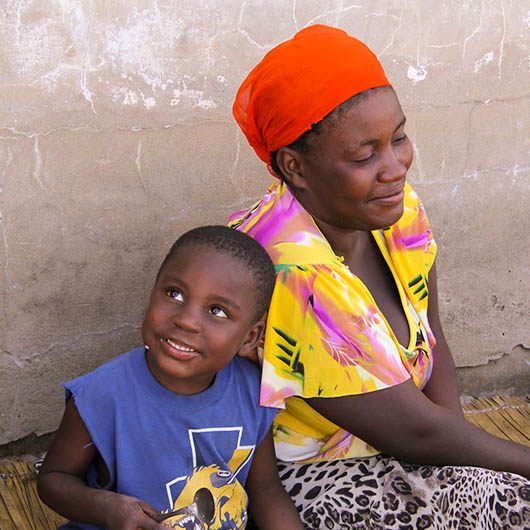 Zambia is a landlocked country in southern Africa with a population of about 15 million. It borders Angola and the Democratic Republic of The Congo. One of the main health problems that Zambia faces is maternal mortality. However, in recent years the maternal mortality rate (MMR) in Zambia has declined.

Hemorrhaging, or extensive bleeding, is one of the main causes of maternal mortality. Many women who give birth at home do not have the blood transfusions available to help them recover from the loss of blood, and some hospitals also do not have enough blood available to provide those transfusions. According to the United Nations Population Fund (NFPA), hemorrhaging accounts for 34 percent of maternal deaths.

The Population Reference Bureau reports that another main cause of maternal mortality in Zambia is obstructed labor, which is when the infant is not able to exit its mother due to its position or the size of its head. Obstructed labor can be solved by giving birth via C-section, but many people give birth at home and some hospital attendants are not able to perform the C-section needed for a safe delivery. 8 percent of the maternal deaths in Zambia are due to obstructed labor.

Infections due to unsanitary conditions during delivery also account for some of the maternal deaths which occur in Zambia. 13 percent of mothers die because of poor hygienic conditions during their delivery. Other causes of maternal mortality include complications from unsafe abortions and underlying causes such as malaria, anemia, HIV or cardiovascular disease, diseases that are aggravated during delivery.

Another problem is that many women are not able to go to a hospital and receive the help that they need. Only 47 percent of births in Zambia are attended by a skilled health worker. Urban women are more likely to have access to a hospital at the time of birthing. Women also choose to not go to a hospital because of traditional beliefs and customs, which promote home births and the use of traditional healing — such as the drinking of certain herbs that are supposed to help women deliver quickly. These herbs can cause vomiting and diarrhea and sometimes complicate the delivery.

Groups such as UNICEF and Saving Mothers; Giving Life (SMGL) are working to help lower the number of maternal deaths in Zambia. Saving Mothers; Giving Life is a group that works with the Zambian government and has a six-step plan they use to helping decrease the MMR. Firstly, they equip facilitates so that they are prepared to help women with complications receive care within two hours. They also work to increase the availability of drugs and equipment, train and mentor health professionals, promote better transportation to health facilities, improve data collection and help mobilize communities to increase demand for hospital births. Since 2011, they have been working in four districts in Zambia and have decreased the MMR in those districts by 35 percent.

UNICEF, according to their website, funds programs and interventions aimed at improving care for mothers and children. The government of the Republic of Zambia is also playing a large part in improving the MMR, as they have abolished user fees for maternal and child health services in order to grant larger access to such services.

All of these efforts have paid off, as shown by the dramatic success of Saving Mothers; Giving Life. However, in order to help continue to reduce MMR, programs such as those implemented by SMGL should be established throughout the entire country.