Tag Archive for: Obstacles to Recovery for Poor Nations 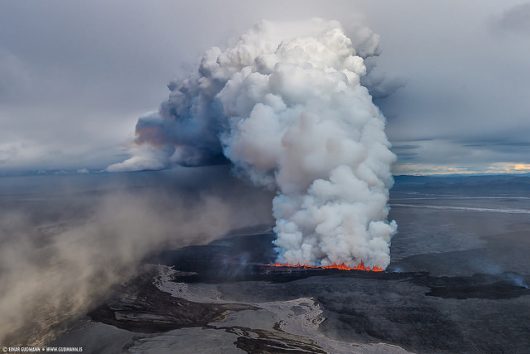 Natural disasters strike without prejudice. Whether rich or poor, developed or developing, all nations are at risk of some kind of destructive event that is simply out of their hands. However, poor and developing nations have a harder road to recovery after a devastating event. Simply put, nations with sufficient access to resources are more likely to both prevent natural disasters from turning into crises and recover from them when they do occur.

Practically, poor nations do not have the means to initiate preventative measures. They typically do not have early warning systems or sound infrastructure in place to withstand destructive elements. Due to the lack of warning and protection, the United Nations has noted that casualties are often much higher in developing countries. Additionally, natural disasters can cause setbacks to any potential for long-term economic and social growth in a nation, because they force what little funds are available away from development and towards relief efforts. Oftentimes these countries shift their focus to basic needs like acquiring safe water and providing sanitation services rather than developing their economies or social policies.

Haiti is a prime example of a poor nation that has suffered from the inevitable natural occurrences that stem from living in a hurricane-prone area that is also near tectonic plate boundaries. “If you want to put the worst-case scenario together in the Western hemisphere [for disasters], it’s Haiti,” said Richard Olson, a professor at Florida International University who directs the Disaster Risk Reduction in the Americas project.

Disaster experts speaking on Haiti say the cycle starts and ends with poverty. Between poverty lies unstable governments, natural disasters and environmental degradation. Every year, Haiti faces rounds of tropical storms, hurricanes and earthquakes. Many Haitians live in the capital city, Port-au-Prince. However, many of them are migrants from the countryside who live in shantytowns, which offer little protection from the environmental hazards they face.

Debarati Guha Sapir, director of the World Health Organization’s Centre for Research on the Epidemiology of Disasters, made the comment that vulnerability to natural disasters is almost a direct function of poverty. While a magnitude 7.0 earthquake is devastating anywhere, it causes more damage in places where building quality is poor. Poverty is often the root of that very quality. In comparison to Haiti, the neighboring Dominican Republic is richer and more politically stable, and its buildings withstand the same storms with a greater efficacy.

Due to the inability to prepare for and cope with disasters, developing countries like Haiti depend on relief agencies and governments. Fortunately, agencies like the Red Cross and the United Nations have been able to send relief teams to aid the processes.

By aligning with The Borgen Project’s mission to fight the global poverty crisis, the global community can be best served. When poverty is less of a problem for a nation, so then is recovery after a devastating natural occurrence. The earth is unlikely to stop moving, which means earthquakes and hurricanes are likely to continue to occur. In preparation for the future, reducing the effect that poverty has on susceptible nations must be a top priority.