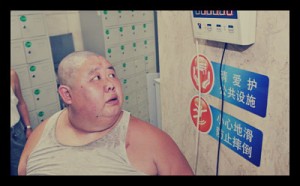 Unhealthy food is not only one of the cheapest options in the United States; junk food is also cheaper in developing countries. Because impoverished people cannot afford to purchase healthy, more expensive foods, they risk obesity and “undernutrition.” Even though food prices have decreased in the past six months, these prices are still near a record high level.

The high food prices are contributing to an increase in obesity in third world countries. Otaviano Canuto, World Bank Group’s vice president for poverty reduction and economic management, explains, “When poor people with some disposable income in developing countries try to cope with high and increasingly volatile food prices, they also tend to choose cheap food that is high in calories but without much nutritious value.”

There are many factors contributing to increased food costs. A drop in the supply of wheat and grains caused the price of cereal to go up by 3%. The prospect of more droughts in wheat-producing countries, like Argentina, Australia, and South Africa, could mean even further price increases. The higher cost of oil is also contributing to the problem.

Given that half of the obese people in the world live in nine countries, China, United States, Germany, India, Russia, Brazil, Mexico, Indonesia and Turkey, it is clear that the epidemic is no longer only prevalent in developed countries. The World Bank fears that these high food costs may become the “new normal,” a phenomenon that could potentially cause the number of obesity cases in developing countries to double by 2030.