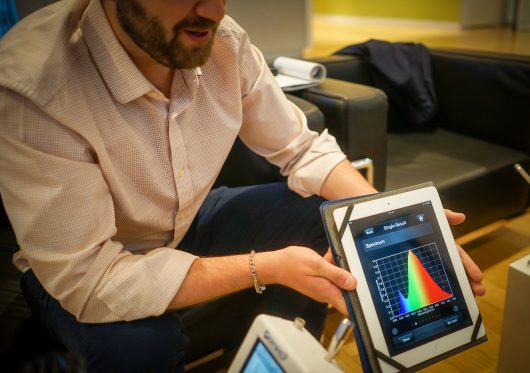 Recent advancements in technology have transformed and improved countless aspects of peoples’ lives. Some of the word’s greatest health concerns are obesity and the abuse of alcohol and tobacco. Can web-based health programs make a dent in these problems?

Web-based health programs encourage setting concrete goals and can interact with users throughout the day. They have the added benefit of 24/7 accessibility.

One example is an online tool designed for the Obesity Prevention Tailored for Health II project. The tool locates and displays health food stores, parks and recreational programs near users. It also suggests health-and-eco-friendly transportation options such as biking, walking and using public transit.

Discussed below are two examples of studies examining the usefulness of web-based health programs.

At the University of Washington in Seattle, researchers have been reviewing studies about the effectiveness of mobile and web-based health programs in helping users curb unhealthy behaviors such as overeating and smoking.

Health Affairs published a study examining nearly 2,000 overweight adult participants whom researchers divided into groups. In some groups, participants were given access to a social-networking intervention program, and in other groups, they were not. The program featured motivational emails and phone calls, an online discussion forum and a tool for recording food intake. Participants who used the web-based health program experienced slightly greater body mass index (BMI) reduction on average than did participants who didn’t use the program.