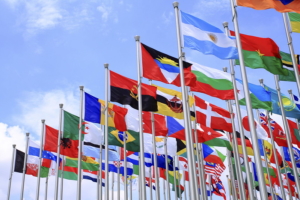 Secretary of State, George C. Marshall, built the foundations of U.S. foreign aid from 1947 to 1949. Marshall wanted to help reconstruct Europe after the brutalities of World War II by providing financial funding and technical support. The initiative was a great success. In 1950, President Harry S. Truman followed in Marshall’s footsteps and started the Point Four Program. The program’s goal was to reduce poverty and at the time, communism. Though many different agencies helped with foreign aid, none were specifically dedicated to foreign, economic development. President John F. Kennedy soon realized the need to bring these organizations together into one agency that could help foreign countries with their economic and social growth. Therefore, in 1961, the Foreign Assistance Act created USAID in the hope of uniting different countries in the name of development and modernization. Below are more U.S. foreign aid facts that everyone should know.

What Does the US Really Give?

While the U.S. is perceived as one of the top contributors of foreign aid, only about 1.2% of the U.S. federal budget goes to foreign assistance. This perhaps represents a lesser-known U.S. foreign aid fact. However, the U.S. gives the most in absolute terms. Notably, a comparison of GDP income ranks the U.S. as one of the lowest, out of 27 countries. Only 0.18% of the nation’s GDP income goes toward foreign aid. The U.S. is not giving nearly enough as it might otherwise.

One of many U.S. foreign aid “facts” that many people think true — “no matter how much is given, it makes no difference,” could not be further from the truth. Even with the estimated 1.2% given, millions of lives are saved as a result. Over the last 20 years, foreign aid lifted countless people out of extreme poverty, while fighting disease and malnutrition.

USAID invests in nearly 140 countries, providing 31 million education materials to children in need. Investing in childhood education is a surefire way to increase the chances for an objectively better future. “Nutrition-specific interventions” reach about 33 million children up to age five, along with other healthcare services. Despite these drastic improvements, there is still much more to do to improve the lives of the world’s poor.

How the US Benefits

Out of many, often overlooked U.S. foreign aid facts — is that the aid benefits both the recipients and the U.S., itself. Aid programs are extremely efficient ways to boost the U.S. economy. They operate via a domino effect — i.e., when poverty rates decline, more and more people can afford U.S. products. This increases the demand for products and leads to the creation of more U.S. jobs. Simply put, providing aid to poverty-ridden countries helps the U.S. fund domestic businesses and jobs. U.S. foreign aid contributes to both national and global security; it provides a safer country, domestically and a safer world abroad.

The benefits of U.S. foreign aid are plentiful, but the crux of the matter is that helping others when it is within the power of the U.S. is the noble thing to do. For more information on U.S. foreign aid and global poverty — click this hyperlink to hear more from the President of The Borgen Project, himself.