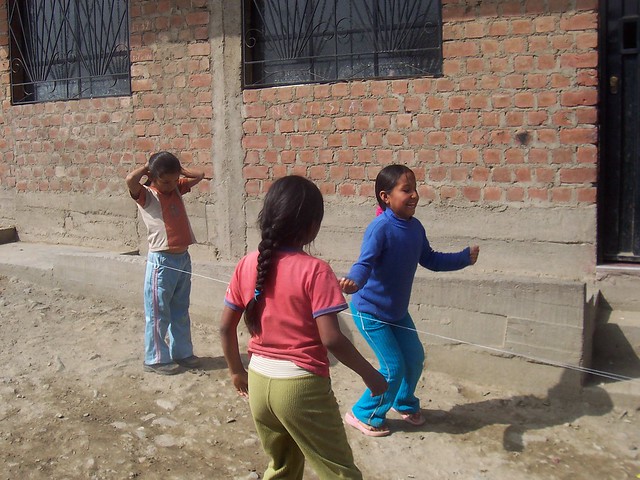 Anemia has always been a problem for the most vulnerable sectors in the Peruvian population, where access to basic needs, such as nutritional food and good healthcare, is scarce. These realities hit hard on the Peruvian Andes, where around 40 percent of families live in extreme poverty, and 30 percent of their children are severely malnourished, causing them to develop anemia.

The illness can be very damaging, especially for children. Fortunately for them, the 25-year-old, agro-industrial graduate Julio Garay, came up with a simple, yet very efficient solution: a cookie.

How A Cookie is Beating Childhood Anemia in Peru

Garay was born in a rural area located in the province of Ayacucho, where, due to the poor living conditions, one out of three children developed some anemic condition. He even had the illness at age five, which caused him growth and developmental problems later in life.

Luckily, he had the chance to fight back at the illness when he began to study agro-industrial engineering at the Saint Cristobal of Humanga University. For his final thesis, he decided to develop a nutritional cookie that will not only combat anemia in his hometown in Ayacucho, but all of Peru.

The cookie is a mix of different ingredients that are known for their high nutritional value: quinoa, bovine blood, kiwicha, chia and cacao. Coming to this final mix was not an easy task for Garay, since the first set of trials were unsuccessful in their mission of raising hemoglobin levels. They also had a sour taste due to the bovine blood that made it very difficult for a child to like.  To improve its taste, Garay decided to add cacao to the mix, improving the flavor significantly. The use of eggs mixed with bovine blood helped to raise the amount of iron supplement in the cookie to 20 mg, the highest in the market.

In the small community of Mollepate, in Garay’s native region of Ayacucho, the levels of childhood anemia are alarming. It was the perfect place to see if the cookie, later named Nutri Hierro, would significantly raise the standards of hemoglobin in the kids. The parents were instructed to give their kids one packet of Nutri Hierro per day for 30 days, to increase their chances of beating anemia. In the end, their children will go through another medical diagnosis to see if there was any improvement.
The results were favorable; the kids who at the beginning had 10 levels of hemoglobin raised those levels to 15 by the end of the month trial.

What Comes Next: Addressing Childhood Anemia in Peru

Many Peruvian laboratories and business enterprises had their eyes already set on this miracle cookie. However, despite many offers, Garay wanted to start his own company, especially after seeing Nutri Hierro was in high demand. Although he would have to sell his cookies at 50 cents for profit, he reduced the price to 25 cents, making it accessible to impoverished families. Other countries, such as Bolivia and Ecuador, have also requested the product.

Garay does not want to stop here. He is currently developing other dietary supplements that will help brain development in small children, as well as developing vegan options. Safe to say, there are high hopes to not only to eradicate anemia in the most impoverished provinces but also in all Peru.