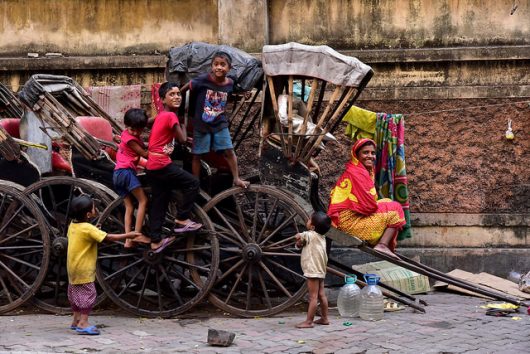 An estimated 5 to 6 million child prodigies in India have IQ levels of 135 or above. Only a few will have a shot at big moves in life; the rest will remain in urban slums. Gaining admission to a university is seen as a privilege for the social elites. Discovering the child prodigies is akin to mining for diamonds in the rough.

The Vidya school has members who survey for children by collecting details of each child’s socio-economic status and testing their logic in a standardized and timed packet of problems. It has been empowering underprivileged children via integrated methods of admission. This campus boasts over 11,000 students with a nearly even ratio of boys and girls. The children from poorer families are sponsored. The minimum requirements to keep their scholarships are tenuous; the children are expected to maintain high grades and partake in extracurricular activities.

Success for the Future

These programs can put the students on a track to success in academia and career opportunities. Child prodigies in India can be instilled with a sense of fulfillment and leave a positive impact on not just the Indian economy, but the global economy.

Aside from the pressure to maintain top grades, there is also pressure to be the sole breadwinner of their families. Often the parents of these geniuses are uneducated and see little value in academia. Instead, they pin the child’s future on working immediately from childhood in roles such as housemaids for girls or physical labor for boys. If the students can’t find support from their parents, then the next best option for the child prodigies in India is mentors.

An unambiguous hindrance for millions of Indian girls is child marriage. The marriage of underage girls can have a negative impact on health, education and increase the likelihood of intergenerational poverty. The marriage of underage girls in India has nearly been cut in half. Of Indian girls younger than 18, the percent that get married is 27 – compared to 47 percent just a decade ago. Better access to education for girls and better public awareness of the negative impact of child marriage are credited for the decrease.

The early years of childhood can affect the outcome of adulthood. The gap between the rich and the poor can manifest as early as nine months of age; for example, underprivileged children are enrolled in primary school a year later than their privileged classmates. Quantitative research reveals the number of vocab words and mathematics skills a student possesses can determine academic accomplishments in secondary school.

The initiative of providing opportunities to the child prodigies in India will pay off in the long run. A healthy and educated population in any country is a positive indicator that a country is making positive strides and on course to great achievements. The achievements not only benefit the nation of India, but for humanity through their contribution in science, medicine and human rights. Investing in the child prodigies in India is synonymous with investing in the future of India.