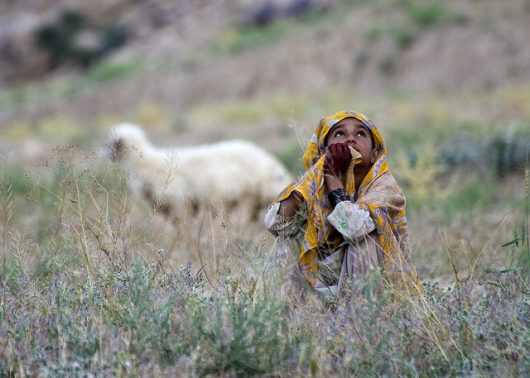 Two hundred female nursing students recently graduated from six nursing schools in Afghanistan. Now, the students will return to their communities to offer medical assistance in areas most in need.

The women participated in a two-year medical training program including accommodations, three meals a day, transportation and a living allowance. Their days included both time in class and practical work in city hospitals, where the women learned how to perform basic surgery, how to advise pregnant women regarding basic care and nutrition, studied the treatments for various ailments and filled prescriptions.

After completing two years of study, the women work in their village clinics; some reside 100 kilometers or more away from the school. If they perform well, they receive a diploma.

The UNDP, in partnership with the Afghan Ministry of Public Health, set up six nursing schools in Afghanistan. The Global Fund provided a grant for approximately $8 million, allocated to strengthening the health system in Afghanistan through training nurses and improving access to medical care in the community.

Primarily, these nurses provide medical care to two populations desperately in need: people in rural areas and women. However, healthcare professionals from outside a specific area will often avoid rural villages out of fear for their safety.

Women, in particular, lack the ability to receive quality healthcare due to certain cultural norms: women are often not permitted to be treated by a male doctor, and female healthcare workers are few in number. According to WHO, 40 percent of health care facilities in Afghanistan do not have any women on staff.

Women also lack both privacy and the ability to make choices about their treatment. Additionally, healthcare workers often have limited knowledge of women’s health issues. As a result, in 2015 the infant mortality rate in Afghanistan at 45 percent and the maternal mortality ratio of 1,291 per 100,000 live births are among the highest in the world.

Thankfully, having trained female nurses increases the potential to address many of these issues. However, these women must face unique obstacles; it is not customary for women to live or study away from home. In a country in which, according to 2015 USAID statistics, only 8.6 percent of women received a degree in secondary or higher education, and only 14.8 percent of women are literate, these women set a very powerful precedent.