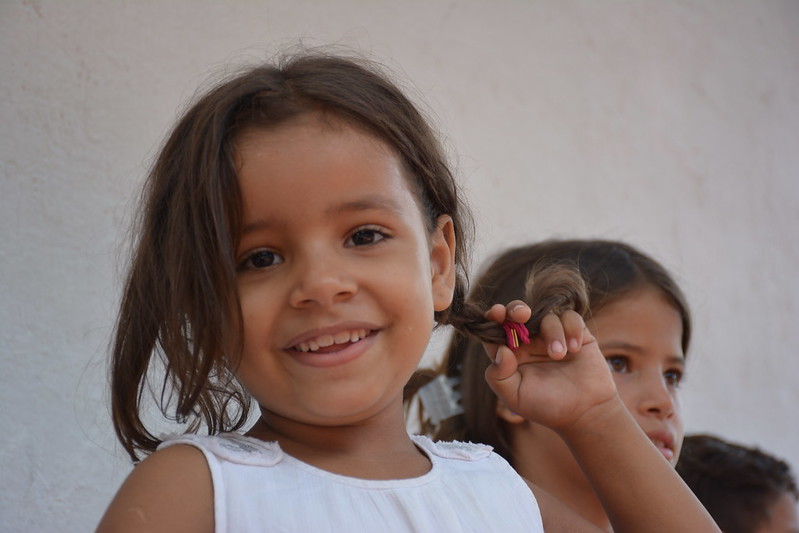 As of June 2019, approximately 4 million Venezuelan refugees had fled their home country in search of shelter from the “State-Sponsored Terror” of dictator Nicolás Maduro; by the end of 2020, this number could increase to as many as 8.2 million total Venezuelans seeking refuge. Already, around 1.7 million Venezuelan refugees have sought shelter in neighboring Colombia, creating an overwhelming demand for food and other supplies in regions closest to the Colombia-Venezuela border. In response to this emerging humanitarian crisis, a Colombian agribusiness has found an innovative solution that ensures Venezuelan refugees receive food and humane treatment while also helping struggling local economies. What exactly is this solution? The agribusiness of imperfect potatoes.

The Colombian agribusiness company Acceso works to revitalize the economy of a nation whose rural poverty rate is 35%. Acceso’s success derives from its business model, which links rural farmers to urban marketplaces and provides a variety of resources to farmers–from startup cost aid to seed access–to ensure that they turn a profit.

Essentially, Acceso acts as a middleman between small Colombian farms and larger stores. Acceso buys crops in bulk from small Colombian farmers in order to resell them in commercial marketplaces. However, in doing so, Acceso often ends up purchasing products like “imperfect looking but edible potatoes.” Despite their imperfections, these potatoes hold the key to the success of Acceso’s entire operation.

Crops that are too small or have visual defects like scratches are still nutritious and viable; their defects, though merely visual, impair the ability of farms and Colombian agribusiness firms to sell them in commercial marketplaces. For the small farmer, growing imperfect crops elicits a loss of money. In normal farmer-market relationships, imperfect crops either have to be sold by small farmers in local markets for a lower price or they go to waste.

Because Acceso buys all of a farm’s crops regardless of their condition, they assure that farmers are adequately compensated for all of the crops they grow. An Acceso partnership can increase the revenue of an individual farm by as much as 50%. It maximizes the profit of small farms because Acceso pays more than normal consumers would for every piece of produce grown, enriching every sector of Colombia’s farming industry and helping stabilize the economy of rural Colombia.

Colombia’s agricultural GDP has increased by 1,502 billion Colombian pesos (about $400 million) since late 2019. An increase of this quantity illuminates how the growth of Colombian agribusiness keeps small farmers from falling into poverty, rewards them for their hard work and expands the Colombian economy.

In 2017, 8 out of 10 Venezuelans reported having a reduced caloric intake due to a lack of food at home, and around one-third of Venezuelans eat less than three meals each day. This explains why many Venezuelan refugees in Colombia–especially children–come across the border severely undernourished.

As they cross the border into Colombia, these refugees–some of whom have only eaten salted rice for an extended period of time–need nutrition urgently. This creates immense demand for food in border cities like Cúcuta, which have seen a massive influx of Venezuelan refugees. The Colombian government has partnered with NGO’s to establish relief kitchens on the border such as Nueva Ilusión in Cúcuta in order to meet the nutritional and humanitarian needs of Venezuelan refugees.

Unfortunately, these border kitchens still struggle to find adequate funding. International relief aid for the Venezuelan refugee crisis has only totaled $580 million, a number woefully short of the amount needed to ensure humane treatment for all refugees entering Colombia. To remedy this, the Colombian government has launched over $230 million in credit lines to invest in border cities with high numbers of refugees.

Albeit, even an amount that large might be insufficient to meet the needs of the incoming refugees. Many border kitchens providing nutritious meals to Venezuelan refugees lack the appropriate financial resources to provide enough of it.

This is where supply meets demand.

Instead of throwing away the imperfect crops that they cannot sell, Acceso now donates these crops to border kitchens. As of March 2020, the Colombian agribusiness contributed over 480 metric tons of fruits and vegetables to border kitchens, making 4.3 million nutritious meals.

On a daily basis, the products donated by Acceso are made into around 2,000 meals per day per kitchen, 600 of which are served to malnourished children fleeing from Venezuela. By donating food to meet the demand of border kitchens, Acceso has helped make progress towards alleviating the nutritional crisis that plagues Venezuelan refugees both young and old.

With their agribusiness, Acceso links the needs of two impoverished groups in Colombia and assures that their needs are met with reciprocal flourishing. In conjunction with both the farmers and kitchens, Acceso confers economic benefits to small Colombian farms while also ensuring that border kitchens have enough food supplies to provide refugees.