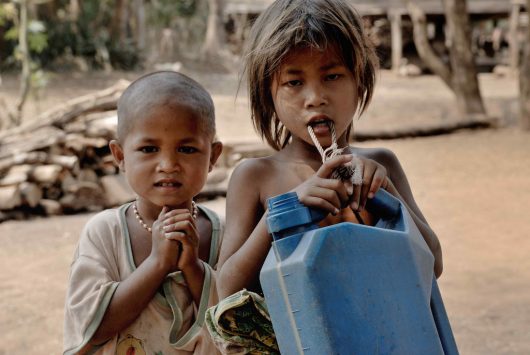 Statelessness is a phenomenon that affects an estimated 10 million people globally. Those affected have been denied citizenship and are refused self-identification and other government documentation necessary for acquiring rights granted by the state.

Photojournalist Greg Constantine stumbled upon the issue of statelessness in 2002. In response, he created the project Nowhere People and for 10 years traveled to the impoverished communities where statelessness is most common. Utilizing his photojournalism skills, Constantine has been able to put a face to the issue of statelessness and share the stories of those affected by it. His mission, he explains, “aims to show the human toll the denial of citizenship has claimed on people and ethnic groups,” and to “provide tangible documentation of proof that millions of people hidden and forgotten all over the world actually exist.” The Nowhere People project has aroused awareness and drawn in advocacy from various organizations that share the same mission.

One of the many organizations fighting statelessness is the United Nations High Commissioner for Refugees (UNHCR). In 2014, the UNHCR launched the Campaign to End Statelessness — #IBelong — within 10 years. Through establishing coalitions with governments, organizations and stateless groups, the UNHCR has been able to erect a global alliance that offers supportive assistance for stateless people.

The UNHCR emphasizes that political support and involvement must occur in order for statelessness to end. Suggested political involvement of the states includes law and policy reform, the protection of children from statelessness, ending any discrimination that prohibits nationality, providing protection for migrants and appropriately providing identification documents.

Due to early efforts of the UNHCR, four million stateless people have been granted nationality since 2003. Following the launch of the Campaign to End Statelessness, the UNHCR has succeeded in expanding its budget and in 2015, held a budget of $68 million. Additionally, they have been able to send out specialists to foster relations and work collectively with other organizations and national governments.

Stateless people face insecurities every day surrounding their livelihood. Basic human rights are jeopardized, safety is uncertain, poverty is a reality and opportunity is hindered. Projects such as Nowhere People, along with the efforts of UNHCR and other allied organizations, not only offer hope that those experiencing statelessness will one day obtain nationality but also provides a nearer future for efficiently managing the progress of moving out of poverty.