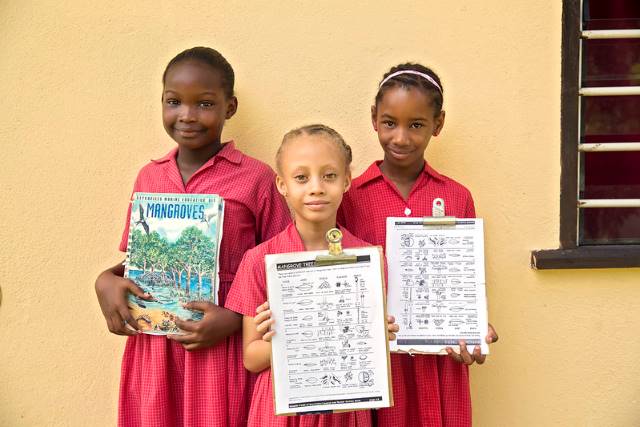 Epigenetics is a recently developing branch of genetics that rose to prominence in the 21st century. Recent research has shown the biological effects of poverty through epigenetics. Epigenetics goes further than the genes a person inherits from their parents by showing how the individual’s genes react to their environment and other factors. One study that Molecular Psychiatry published concluded that children who grow up in families below the poverty line are “more prone to mental illness and alterations in DNA structure.” Since poverty brings numerous stressors such as poor nutrition and physical or psychological trauma, it can affect a child’s biological development, particularly in the brain. Epigenetics can help shape the future and bring to prominence that poverty can cause acute and chronic conditions.

There are three different mechanisms in epigenetics that can affect gene expressions, including DNA methylation, histone modification and non-coding RNA. DNA methylation turns the genes “off” and demethylation turns the genes “on.” More specifically, DNA methylation can directly inhibit the expression of genes. In this process, information from the gene becomes a functioning product such as proteins, which are essential molecules that help bodies function. Histone modification occurs with the adding or removal of chemical groups from histones. More specifically, it can also change if a gene is “on” or “off.” Finally, non-coding RNA is a biological function that helps control gene expression.

The Relationship Between Epigenetics and Poverty?

A 2019 article from Northwestern University explains that poverty can implement itself across genomes — “poverty leaves a mark on nearly 10% of the genes in the genome.” Previous research demonstrated that socioeconomic status is a significant determinant of human health and disease. For example, some factors such as lower educational attainment or lower-income increase the risk for heart disease, diabetes, different forms of cancers and other infectious diseases. Also, lower socioeconomic status is associated with other physiological processes that could “contribute to the development of diseases such as chronic inflammation, insulin resistance and cortisol dysregulation.”

In one recent study led by Dr. Adam R. Wende, researchers learned that end-stage heart failure patients had “cytosine-p-guanine, or CpG, methylation of the DNA in the heart.” This methylation was associated with race as the only variable between African Americans and Caucasians. In addition, researchers discovered through census tracking that African American patients lived in neighborhoods with higher racial diversity and poverty. This difference suggested to the researchers that “the underlying variable may be socioeconomic difference.”

Wende spoke about the impact of the study with UAB News. Wende stated that “we provide preliminary evidence that socioeconomic factors are likely associated with racial differences in cardiac DNA methylation among men with end-stage heart failure.”

Differences Between Children in Poverty and Higher Income Households

In another study published in 2016, scientists found that children who grew up in poverty had more DNA methylation than other children who came from higher household incomes. Researchers thought that this difference might have suppressed the impoverished children’s “production of serotonin transporter protein.” As a result, the kids in the impoverished households had less serotonin in the brain, which can lead to depression and other mental conditions.

Dan Notterman, a molecular biologist at Princeton University, found in his research that telomeres, the caps at the end of chromosomes, “[shorten] in children from impoverished families.” Research shows a link between telomere length, aging and poor general health, meaning that the shorter telomeres are, the worse a person’s health is and the faster the aging process is. In layman’s terms, poverty can cause children and adults alike to be more prone to mental and physical illnesses and hinder physiological processes at a genetic level.

Robert Philibert, a behavioral geneticist at the University of Iowa in Iowa City stated that “what this points out here is that if you really want to change neurodevelopment, alter the environment.” Epigenetics shows that the environment affects gene expression, and thus, the body’s biological functions.

Social determinants of health (SDH) are, as the World Health Organization (WHO) defines, “the conditions in which people are born, grow, work, live and age and the wider set of forces and systems shaping the conditions of daily life.” SDHs can influence health and gene expression through “income and social protection, education, food insecurity, social inclusion and nondiscrimination.” According to the WHO, SDH plays a significant role in 30-55% of health outcomes. Epigenetics shows people must address the systems that allow poverty to thrive in order to ensure people do not experience a disadvantage at the beginning of life. 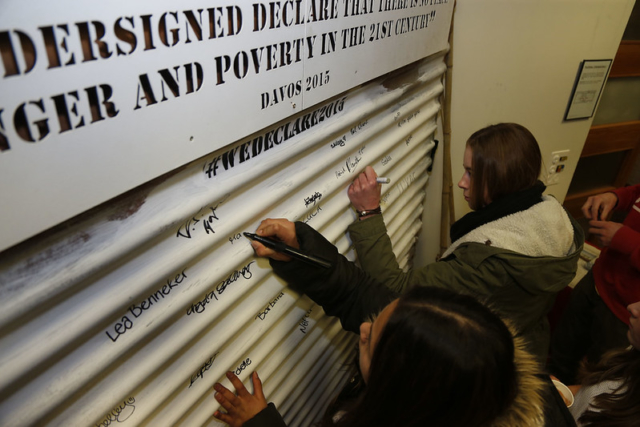 The Big Ten Conference is joining the war against global poverty. The Big Ten’s member institutions are prominent universities known for Division 1 collegiate athletics and competitive academics. Now, the students and staff of these institutions are joining and creating projects to combat international inequality. The Big Ten’s initiatives against global poverty simultaneously educate young participants and help impoverished communities.

10 of the Big Ten’s Initiatives Against Poverty

The Big Ten’s initiatives against global poverty raise awareness of conditions in impoverished communities through research and regional policy mobilization. Prospective students, current affiliates and interested locals alike can donate and participate in each school’s studies.

Every day, nearly 2,300 Nigerian children under the age of five lose their lives. According to UNICEF, essential medical care during childbirth and the weeks following would have prevented most of these deaths.

Neonatal mortality in Nigeria constitutes a quarter of deaths among children under five. A majority of these deaths occur within the first week after birth and are caused by birth asphyxia, infection and premature birth.

On Feb. 18, 2017, Northwestern conducted its annual health case competition. For the fourth year, the university invited students to propose solutions to a 21st-century global health challenge to raise awareness and encourage innovative thinking. The 2017 competition included six teams consisting of five students each from different schools.

The 2017 case centered around neonatal mortality in Nigeria and the implementation of chlorhexidine, an inexpensive and effective antiseptic gel. Severe infection and sepsis, an immune response to bacterial infection in the bloodstream, are two of the leading causes of neonatal death in Nigeria. The students’ assignment involved integrating chlorhexidine into “Nigeria’s healthcare institutions, culture, and maternal care regime.”

The winning team’s three-year implementation plan centers around a “birth kit,” which includes the chlorhexidine gel and other materials essential for home births. The umbilical cord is a common entry point for infectious diseases, so the gel would be used to sanitize and protect mothers and their newborns. Sustainability was the team’s focal point. They proposed a partnership with a nonprofit to help cooperatively create a demand for the birth kit, then slowly normalize chlorhexidine in Nigeria’s childcare culture.

Courtney Zhu, a member of the winning team and a sophomore studying journalism and global health, said, “From this experience, I gained insight into the mechanism of tackling modern health challenges, and realized just how valuable collaboration is in a multidimensional field like global health.”