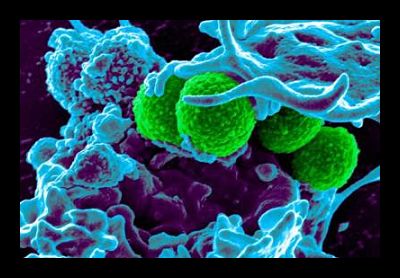 As the growing resistance against drugs becomes more disturbing, a new discovery has the potential to dramatically alter the situation.

Teixobactin is the first new antibiotic to be discovered in almost 30 years. Safely tested on mice, not only is the drug capable of fighting both drug-resistant bacteria and common drug bacterial infections such as tuberculosis, septicaemia and clostridium difficile colitis, but it could also pave the path for a host of new antibiotics through the method in which the drug was discovered.

The soil has always had the potential to reveal many new antibiotics. Scientists have noted the interesting and innovative ways many microbes have managed to fight off other microbes, but they found that 99 percent of microbes would not grow under laboratory conditions. This obstacle prevented scientists from unlocking the potential wave of antibiotics that could be developed.

A group of researchers at Northeastern University in Boston has overcome that barrier. Essentially deceiving the bacteria, soils with the microbes were sandwiched between two semi-permeable membranes to imitate a natural environment.

With that method, the researchers were able to grow 10,000 different strains of bacteria and isolate 25 potential antibiotics. Ultimately, Teixobactin was the most promising antibiotic that they discovered.

Teixobactin is especially unique due to its mechanism of targeting two different lipids that are required for cell wall production in bacteria. Its innovative process will most likely prove to prevent the development of resistance for quite some time.

In cell cultures and later on with mice, Teixobactin was capable of successfully killing MRSA and drug-resistant TB. The antibiotic was so effective that the researchers were concerned that the drug would fail to make a distinction between the mammalian cells and the bacteria when testing on mice. Surprisingly, Teixobactin performed exceedingly well, killing the bacteria while leaving no notable side effects.

Still there is a long way to go before Teixobactin becomes available for human use. It has yet to be tested on humans so its effectiveness and side effects are unknown. Even if the drug passes all the required tests, it is estimated that it will be five to six years before it becomes available.

Furthermore, due to its function of destroying the cell walls of bacteria, Teixobactin is ineffective against gram-negative bacteria such as E. coli and many sexually transmitted diseases which have outer membranes that the antibiotic cannot penetrate.

But the main issue concerning Teixobactin is the potential overuse of the drug once it does become available. The growing threat against antibiotics and their overuse is that it may develop into the “post-antibiotic era,” referring to a time when a number of infectious diseases will be unresponsive to antibiotic treatments.

While the development of antibiotics is essential, the culture of over-prescribing antibiotics must change. A continuation of that culture would further the course toward a post-antibiotic era and limit the effectiveness of Teixobactin and other potentially effective antibiotics.

Nevertheless, this development could begin the transition away from building resistances in bacteria and open whole new channels for better and more innovative drugs to save lives all around the world.