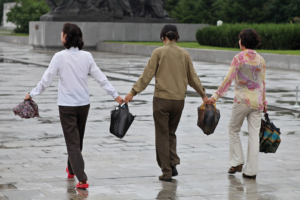 North Korea ranks among the poorest countries on Earth, with an absolute poverty rate estimated at 60% as of 2020. As a result, more than 30,000 people have made the harrowing journey to escape from the country to seek refuge in South Korea. Many choose to escape as a last resort, feeling that they are facing a choice between certain death and possible survival. The oppressive nature of the North Korean regime and the risk of starvation as a result of food shortages are the most cited reasons given by defectors who made the decision to escape from the North. No matter their reasons for fleeing, the trek from the North to the South is a daunting experience for North Korean defectors, even after they have successfully escaped.

North Koreans have two options for managing escape from the country. Defectors can attempt to cross through the long, northern border with China, patrolled by both Chinese and Korean military. Once in China, escapees face the fact that it is illegal for Chinese citizens to assist North Korean defectors. Managing to covertly make it out of China and secure refuge in South Korea can therefore be extremely challenging.

However, the other option is notorious for its difficulty and risk—attempting to cross the Demilitarized Zone between North and South Korea. This is the most heavily guarded and fortified border on Earth, with guards patrolling both sides 24/7, barbed-wire fences, minefields, sensors and a 19-meter-thick concrete wall. The crossing has been even more impossible Since Kim Jung-Un closed the border completely in 2020 to stem the flow of COVID-19, according to CNN.

Therefore, the majority of defectors flee North across the Chinese border. However, no matter which route defectors choose to take, they risk life and limb in pursuit of a better life. The journey is extremely risky.

Arrival in a New World

For those who make it to the South, the struggle is unfortunately not over. North Korea has been insulated from the world and its political and technological progress for more than 50 years. The complete isolation from modernity that North Korean citizens face, in conjunction with distorted propaganda about the outside world, leads to confusion and overwhelm for those who make it out.

North Korean defectors describe bewilderment at things like brightly colored street signs, CNN reports. They have never used a cell phone, utilized public transportation, or had a bank card. The bits and bobs of advanced capitalism and democracy are completely alien to those who escape. As such, the relief they experience upon making it across the border lasts short for many, who realize they still have much to overcome.

However, the South Korean government provides comprehensive integration services for arriving refugees. “Hanawon” and is a three-month resettlement and training school, according to BBC. The program teaches refugees how to use an ATM, ride a bus and use a computer. They receive instructions on democracy and citizenship and advise on how to secure a job. Essentially, they also receive training to adapt to their community.

Afterward, the program provides refugees with a public housing unit, a housing subsidy, settlement benefits and an assigned police officer to check in on them every now and then. Beyond that, they are on their own, BBC reports.

Once left to fend for themselves, many refugees find that the things they learned in the classroom are inadequate or non-transferrable to the new world around them.

The difficulty and overwhelm can get to be so much that a significant fraction of refugees, a staggering 18.5%, report regretting making the journey to the South at all. They cite cultural differences, isolation, and economic problems as the cause.

This feeling of difference and isolation is largely the result of discrimination toward North Koreans. Identified by their accents, they are actively passed up on job opportunities and are treated with suspicion and contempt.  One defector described their treatment as akin to that of “cigarette ashes thrown away on the street,” The Conversation reports.

Further, refugees have almost universally experienced extreme trauma through their ordeals. Nine out of 10 refugees arrive with PTSD. However, counseling services through Hanawon are limited and need improvement, according to the BBC.

Mental health issues— exacerbated by feelings of isolation and lack of belonging— can blossom in these populations if left unaddressed.

The Fight for Change

Koreans are not content to allow discrimination and a lack of mental health care to fester among these extremely vulnerable refugees. Saejowi is a nonprofit in South Korea that is working to supplement the services of Hanawon and make the transition into the South more successful and painless for refugees.

Saejowi addresses mental health barriers by training and licensing escaped North Koreans to become counselors for their fellow refugees. To date, it has produced more than 220 licensed counselors and is working to expand its impact, according to its website.

Saejowi does not stop there. It also works to reduce cultural barriers and discrimination between North and South Koreans by sponsoring cultural exchange programs, including festivals, plays and potlucks.

Through these vital services, Saejowi is continuing to improve the lives of North Korean defectors that were able to make a miraculous escape from devastating poverty. 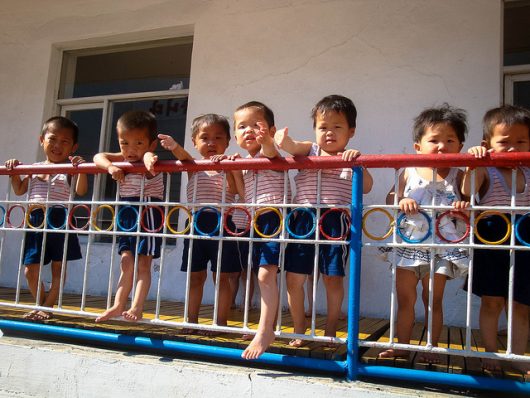