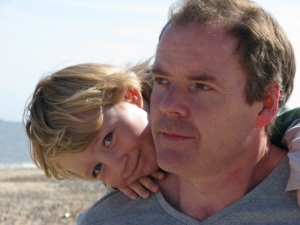 Poverty in the United Kingdom and the cost of living has increased steadily since early 2021. After Russia’s full-scale invasion of Ukraine, wholesale natural gas and oil prices soared, leading to more expensive bills for domestic consumers. The price of gas surged by 96% in a year and electricity has increased by 54% as it relies on gas for generation. Energy prices greatly impact the cost of living in the U.K., along with increasing prices of consumer goods such as food. The war in Ukraine has disrupted the country’s glass manufacturers, causing bottles for common products such as Coca-Cola to halt. According to the House of Commons Library inflation reached an astonishing 10.01% in July 2022, only dropping to 9.9% in August.

The U.K. remains at the high end of the worldwide inflation scale, ahead of the U.S. at 8.8% in April 2021, and 8.6% in the Eurozone from June. Low-income households spend more on housing, transport and food causing the high cost of living to disproportionately impact them, increasing poverty in the United Kingdom.

Recent explosions of pipelines Nord Stream 1 which carried natural gas to Germany from Russia add pressure to the energy crisis. Although the pipelines have been inactive since early September, the accusations of sabotage of energy supply connections sparked anxiety in the U.K. and Europe. The fear has spread quickly as Norway, Europe’s largest natural gas supplier, has announced increased security on all of its gas and oil infrastructure. Panic could occur as millions are dealing with the mounting debt of rising food prices pitted against the high cost of energy bills.

Soaring costs of food and energy impact the most marginalized people the hardest. Bloomberg reports a peak inflation rate of 8.7% in June for low-income households. Whereas high-income households stood at 7.8% that same month. The data shows lived experience: if one earns more, one will likely have more to supplement rising prices; however, if one does not, one will likely fall short in purchasing power.

Liz Truss’ tax cuts stunned economists and sent the pound into a free fall. On September 23, 2022, the British government announced a 45 billion pound tax cut ($48 billion USD) which caused the pound to drop to a record low of $1.03. In an unprecedented ‘mini-budget’ announced Friday, the government abolished the top 45% rate of income tax paid by the highest earners. As a result, YouGov polling shows that the Labour party has a 33-point lead over the Tories.

Only a year ago, Boris Johnson’s government made a decision to raise taxes to avoid public spending in the wake of the pandemic. Now the new government Truss has assembled caused markets to crash and investments in British industry to be withdrawn. In mid-September, the Bank of England announced that England might already be in a recession, as many are already feeling the sting of autumn without adequate heating.

Politico has quoted Truss in transit to New York this week saying, “Lower taxes lead to economic growth, there is no doubt in my mind about that,” although, with the value of the pound diminishing and the cost of goods, energy and transport already on a high the immediate effect is a negative one. The markets are one metric that helps weigh the viability of a Prime Minister. Currently, her reputation is not strong, even in her constituency. Truss has only two years to prove herself to voters with an election waiting around the corner in 2024.

Although Truss introduced the Energy Price Guarantee on September 8, 2022, which caps energy bills at 2,500 pounds ($2,788 USD) and went into effect on October 1, 2022. Even though this program will keep bills significantly lower than predicted, at least until January, many are skeptical of the Conservative government’s attempts to help people and businesses.

Organizations such as Independent Age, Groundwork and the Smallwood Trust have stepped in offering grants for a range of people and communities affected by poverty in the United Kingdom. These grants will provide financial relief for material goods and basic essentials, as well as specialized needs.

Independent Age will give 25 grants of 45,000 pounds each to charities and community organizations helping older people through the crisis. Groundwork is partnering with One Stop Stores in awarding 1,000-pound grants to successful applicants. Smallwood Trust is focused on getting relief to women who need grants in the wake of the cost of living crisis. Women are especially important because they are underpaid and often overworked in society, on top of being the main caretakers in most households. As autumn begins, people are mobilizing to help each other through any difficult day, and that is always something to be thankful for.