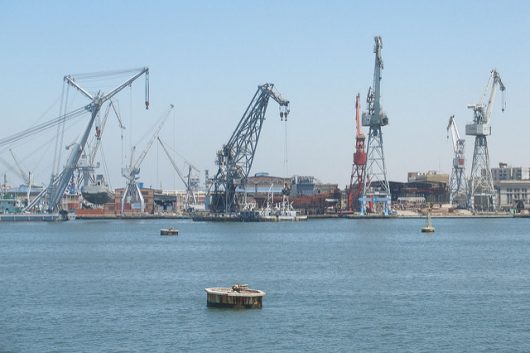 Egypt, a nation once plagued by frequent power blackouts, may have found a remedy to its power needs. The discovery of the Noor natural gas field, the largest offshore field in the Mediterranean Sea, could prove a permanent solution to Egypt’s energy needs and put it on the road to self-sufficiency. This discovery could help Egypt become an exporter of natural gas as well as encourage more foreign investment.

The dual threat of ballooning demand and declining production have put a constant strain on the Egyptian energy sector. In 2014, when Egypt endured one of its most dire energy crises, parts of the country experienced six power cuts per day lasting about two hours at a time. Electricity demand was 20 percent greater than power stations could provide.

In large part, gas shortages were due to an uprising against former President Hosni Mubarak in 2011. Divisive political struggles deterred investors and tourists, which in turn caused foreign currency reserves to decline. In order to meet demand, Egypt was forced to sacrifice important gas exports.

In 2015/2016, Egypt purchased 89 cargoes of liquefied natural gas at a staggering $2.2 billion. With the Zohr field, in addition to the newly discovered Noor field, Egypt could end these purchases by the end of next year, according to Egypt’s oil minister Tarek El-Molla. This will enable Egypt to become independent in their natural gas production and make them a net exporter.

How Does This Help

By satisfying local demand, Egypt can spend significantly less on energy. Using those savings, Egypt can invest in improved infrastructure, healthcare and education. By turning to grid-connected gas, Egypt can avoid the fuel subsidies associated with liquid petroleum gas (LPG) use. Fuel subsidies have accounted for anywhere from 18-20 percent of Egypt’s expenditure, an amount equal to 5-7 percent of GDP.

According to the World Bank’s Country Director for Egypt, Hartwig Schafer, “Conversion to piped natural gas will help give households a safer, more reliable and cheaper supply of gas.” As households make the transition from high-subsidized, imported LPG to locally-produced natural gas, the government will save $201 per household per year.

The Noor gas field will not only facilitate Egypt’s transition from a net importer of natural gas to a net exporter, but it will provide the much-needed solution to Egypt’s energy needs by allowing Egyptians to have a reliable source of power at a much lower cost.