Tag Archive for: Nonprofits in Denmark 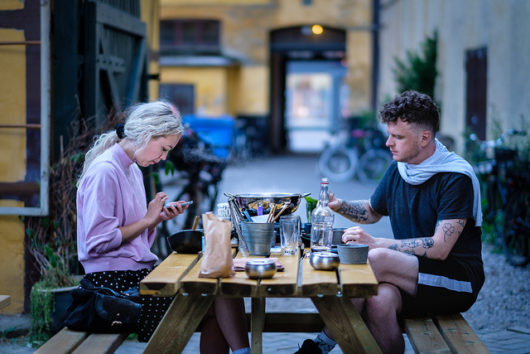 One out of every eight people worldwide doesn’t have adequate access to food. This sobering statistic is even more upsetting when contrasted with the amount of food wasted each year that amounts to 1.3 billion tons. That is almost one-third of all food produced for humans. This amount is well beyond what would be necessary to feed every hungry person alive today.

Facts like these are why the U.N. is committed to fighting food waste. The 12th U.N. Sustainable Development Goal includes the target of cutting international food waste in half by 2030.

Of course, this goal can only be met through international cooperation. Thankfully, many countries around the world are taking this issue seriously. In recent years, Denmark has risen to become one of the world’s leaders in fighting food waste.

Despite being one of the smaller nations in Europe and having a population smaller than London, Denmark has more projects aimed at reducing food waste than any other European nation. The country has achieved this by using a highly cooperative approach between the government, businesses and nonprofit organizations.

Several food banks and other nonprofits in Denmark get their supplies through donations from local supermarkets or restaurants. One supermarket in Copenhagen, Wefood, only sells food that would have otherwise been wasted. Typically, this is food that has reached its sell-by date or has not been used up at the end of restaurant business hours. Sometimes, this food consists of perfectly healthy fruits and vegetables that simply appear too misshapen and unattractive to reach market shelves.

Denmark’s government works to support these projects with a combination of funding and official awareness campaigns.

One of the largest and most impactful waste-fighting organizations in Denmark is Stop Spild Af Mad, known in English as Stop Wasting Food. This nonprofit organization was founded in 2008 and has been working toward achieving Sustainable Development Goal number 12 ever since.

Stop Wasting Food has worked directly with the Danish government and has ongoing partnerships with both E.U. and U.N. organizations. It also harnesses nationwide media attention to raise public awareness of food waste and lobbies supermarkets to implement waste-reducing policies in their stores.

As young as Stop Wasting Food is, it has been instrumental in helping Denmark achieve impressive results. Between the efforts of the government, businesses and willing Danish citizens, Denmark has been able to cut its food waste by a quarter since 2010 alone.

Abovementioned one-quarter mark is significant. If the entire world could achieve the same reduction of food waste, we could feed nearly 95 percent of all food-deprived people in the world without needing to produce any additional food.

The importance of fighting food waste will only become more obvious as we approach the 2030 date set by the Sustainable Development Goals. By 2050, the global population could spike up to nine billion and require significant additional resources for our food production to keep up. While reducing waste may not completely negate this need, it could give us the means to sustainably keep hundreds of millions fed.

Whatever the case, Denmark is a shining example for the rest of the world, and particularly for developed countries, to look up to. Denmark’s policies have both provided cheap sources of food for its own poorer citizens and a roadmap for how government and private cooperation can achieve significant change in only a few years.