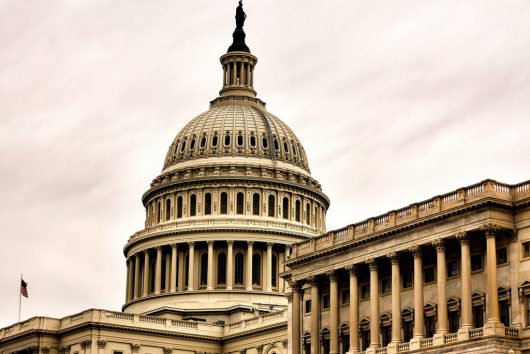 The U.S. Government employs a variety of strategies to combat global poverty. Over the past decade, U.S. foreign assistance has reformed to include less traditional measures to reduce poverty such as the funding of educational and cultural nonprofits.

In 1946, President Truman established the Office of International Information and Cultural Affairs (OIC), which is the first U.S. sanctioned effort to reduce poverty in a non-traditional way.

The 1961 mandate stipulates that the U.S. government will fund public diplomatic efforts “to build friendly, peaceful relations between the people of the United States and the people of other countries through academic, cultural, sports and professional exchanges, as well as public-private partnerships.”

Notable ECA efforts to reducing poverty in a non-traditional way include the Critical Language Scholarship, which provides study abroad scholarships to students who are interested in learning languages deemed critical by the Department of State — Swahili, Urdu, Persian and Bangla.

Applicants are required to demonstrate their plan to apply the language in an impactful way — translating for a nonprofit, working with the local community, or researching for developmental programs.

U.S. efforts to reduce poverty in a non-traditional way also include the Future Leaders Exchange, which selects an exemplary high school to serve as a cultural ambassador around the world. The program includes intensive community service efforts in which the American student-ambassador lives.

The Bureau of Educational and Cultural Affairs also oversees inbound and outbound inter-cultural exchanges to promote cultural understanding, which is one of the strongest measures to countering the attractiveness of joining a violent extremist movement in impoverished areas.

Youth For Understanding (YFU) is at the forefront of this laudable public diplomacy. YFU is an international nonprofit consisting of over 50 international partners to provide a variety of inter-cultural immersions to students of all ages.

In 1951, the nonprofit was started by Rachel Andresen with the mission to repair the disjointed global community after the devastating consequences of World War II. YFU has since become a global leader in the fight to reduce poverty in non-traditional ways.

YFU is just the beginning of innovative approaches to reduce poverty in non-traditional ways. To truly end global poverty, however, the U.S. must continue to encourage the private and public sector to tackle public diplomacy in unique ways, along with increasing foreign assistance to the countries who need it most.