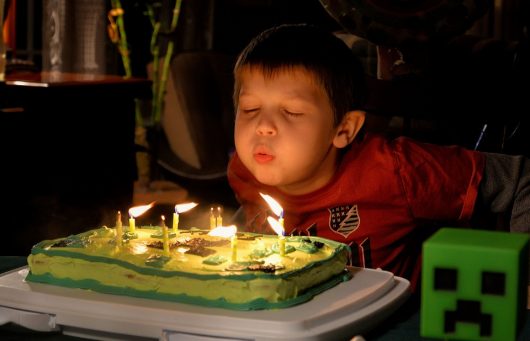 Sunny Varkey, an entrepreneur from India who lives in Dubai, launched the Varkey Foundation Challenge Fund in March 2016. The $200,000 global education fund was created to support education projects across the globe.

Varkey set up the Challenge Fund to help accomplish the goals of his non-profit, the Varkey Foundation, which works to ensure every child in the world has access to quality teachers.

The fund strives to provide good teachers and quality education to all children, no matter their circumstances.

“The Challenge Fund looks to support early-stage initiatives which build the capacity of teachers and to strengthen the status of the teaching profession,” Varkey said.

Countries in sub-Saharan Africa, the Arab States and South Asia are facing massive teacher shortages. This has put efforts to provide quality teachers and education for children at risk.

The United Nations Educational, Scientific and Cultural Organization (UNESCO) found that sub-Saharan Africa must raise its current stock of teachers by 68 percent in less than a decade to provide its students with enough teachers.

However, simply hiring teachers will not solve the problem. Educators will need adequate training and support in order to provide quality instruction.

The countries that need the most new teachers are also the countries with the least-qualified teachers — this issue is one the Varkey Foundation Challenge Fund hopes to fix.

Varkey’s first projects have already been chosen but non-profit organizations from any country may apply for a portion of the global education fund.

The company will start with organizations in China, Ghana, the Middle East and Ukraine according to The Economic Times. Partner organizations that offer innovative solutions that support the fund’s mission are also offered grants of up to $50,000. Vida USA, a nonprofit organization based in the Bay Area of California, brings health aid to Latin America. Volunteers for Inter-American Development Assistance (Vida USA) was founded in 1991 in response to a cholera outbreak traveling from Peru to North America.

In Pamplona Alto, Peru, 40,000 people live in shacks with no running water, toilets or sewage systems. Contaminated dirt roads, where children play with broken toys, are common. These children need vaccinations to enroll in school, but medical supplies and health care are very scarce.

Vida USA collects a surplus of medical supplies from Bay Area hospitals, medical clinics and individual volunteers at its warehouse in Emeryville, California. The medical equipment and medicine are then shipped overseas and used to provide free services for people living in poverty.

“What Vida does is we bring all the supplies and equipment they need on an ongoing basis,” said Vida-USA executive director, Adam See.

The mission of Vida USA is to help provide health aid to Latin America by sending medical supplies to its most vulnerable communities. The organization provides assistance to health institutions, which supports those in need. The non-profit organization accumulates tons of unused, viable medical supplies headed for local landfills and uses them to supply health aid to Latin America.

Another initiative revolves around the HIV virus that “[infects] children in Latin America at an alarming rate,” according to Vida. Many children are infected by their own mother’s breast milk. Milagro de Vida is a program created by Vida USA to provide infant formula to mothers with HIV and educate high school students about HIV causes and effects.

Since 1991, Vida USA has worked with 1,200 health care facilities and social service programs shipping 200 containers, which are worth over $225 million in Latin America, throughout Peru.