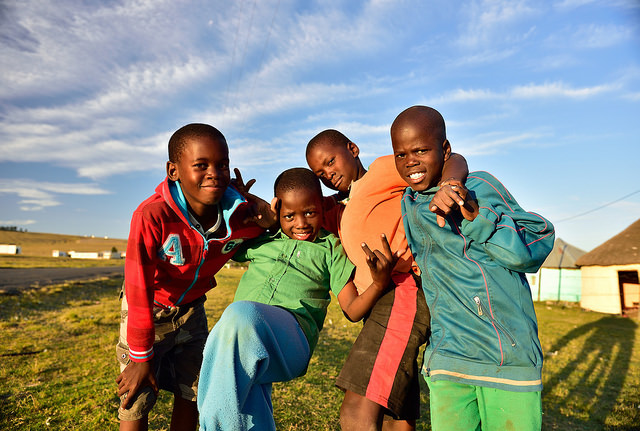 The nonprofit organization Voices of South Africa has helped numerous South Africans realize their aspiration of a life beyond their impoverished communities, by enabling them to pursue their dreams of singing opera. In a country where over 50 percent of people live in poverty, the struggle to fulfill one’s everyday needs can easily eclipse such faraway dreams as a college education or the pursuit of a career which one is truly passionate about. Such is the case for many in South Africa, where poverty has been on the rise over the past decade. Today poverty in South Africa affects more than 30 million people, and high rates of violent crime, drug use and HIV/AIDS continue to be major sources of concern.

It would seem unlikely given these conditions that South Africa could have produced an astonishing number of world-class opera singers and been dubbed the “vocal breadbasket” in the past decade, but that is precisely the case. These singers represent the triumph of ambitious aspirations over considerable situational odds.

South Africa has a longstanding and rich choral tradition that has sparked an interest in opera and studying classical voice in many young South Africans. Embarking on an operatic career, however, requires a significant amount of time and money as well as access to specialized training and advanced levels of education. As indicated by the poverty rate, these resources are not available to the average South African. Recognizing this divide, opera singer Njabulo Madlala, a South Africa native, founded Voices of South Africa’s national opera singing workshops and competition in 2010, as a means of inspiring and supporting the next generation of South African opera singers. This registered nonprofit has played a key role in facilitating the education and career launch of several of the South African singers who have recently been hailed as some of the most promising newcomers to the international opera industry.

Each year, the organization selects a handful of the most talented singers who audition to participate in an intensive two-week program that involves individual vocal coaching, mentoring and career guidance and culminates in a gala concert. Each of the selected singers receives the necessary financial support to attend the program as well as the invaluable chance to work with respected members of the opera community for free. The singers are further supported during the application and audition process for music schools and professional programs. Moreover, a chief tenet of the program is helping the singers build the requisite skills to take advantage of opportunities that exist and create work for themselves so that they are able make a living whatever their current situation may be.

The organization’s founder and artistic and executive director has sung at some of the most prominent opera houses in Europe but comes from an impoverished background similar to that of many of his program’s participants. Njabulo Madlala grew up in an economically disadvantaged, single-parent household in Durban, where he was surrounded by poverty and crime. He was given the chance to escape poverty in South Africa and pursue his dream of singing when he was awarded a scholarship to the Guildhall School of Music and Drama in London. Madlala founded the Voices of South Africa program with the desire to help give other singers the same chance he was lucky enough to receive.

Soprano Noluvuyiso Mpofo is a former Voices of South Africa participant, who has now embarked on a successful career. Mpofo placed third in the prestigious international Operalia competition, hosted by Plácido Domingo in 2011, and won second place in the International Hans Gabor Belvedere Singing Competition – the “world cup” of opera – in 2013. The international acclaim focused on Mpofo and other South African opera stars such as Pretty Yende and Pumeza Matshikiza has undoubtedly been an appreciated source of national pride for a country beset with hardship.

Although it caters to a small niche, Voices of South Africa is an example of an initiative working to transform lives through education and mentorship programs for young adults. This organization has impacted the lives of numerous young South Africans by offering them the opportunity to escape their vulnerable situations and follow their dreams. The establishment of similar organizations catering to a wide range of interests and groups would surely go a long way toward reducing poverty in South Africa.