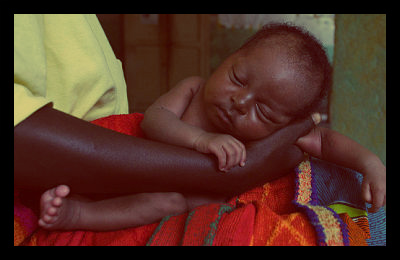 Nodding Syndrome first appeared in the 1960’s in South Sudan. It attacks healthy children between the ages of 5 – 15. The disease gained its name from its most notable symptoms.  Children tend to “nod off,” or temporarily lose consciousness or fall asleep although they do not report feeling tired. The nodding is often triggered by cold temperatures or eating and is accompanied by cognitive impairment. The incidence of the disease has increased over the past 10 years in Uganda, South Sudan and Tanzania. The CDC published a report on Nodding Syndrome in September 2013.  It explains that the nodding episodes are actually atonic seizures of unknown origin, “Nodding Syndrome is an unexplained endemic epilepsy.”

The symptoms worsen over time and children begin to experience worsening seizures; they stop eating and eventually lose their physical and mental capacity. The disease is not fatal but children often die by falling into cooking fires, drowning during a seizure, or succumbing to malnutrition related illnesses. Parents also lose patience caring for their disabled children and often abandon them.

Other parents resort to extreme measures in order to keep their children from falling and hurting or killing themselves while nodding. Other bizarre symptoms include the disorientation and confusion; children often wander off and get lost in the woods. Global Health Front Line News spoke with one woman who has tied her 15-year-old son to the house for years in order to keep him safe. The boy is confused, angry and frustrated.

It is unclear why the disease only strikes children. Many experience severely stunted growth due to malnutrition and some do not survive to adulthood. Epilepsy drugs have been used to treat the syndrome and while they sometimes help with symptoms they do not cure the child completely. Recent studies have confirmed that Nodding Syndrome is a disease of the brain. Children have abnormal EEGs and their MRIs show atrophy.

A possible theory is that the disease develops from onchocerciasis, a parasitic condition that can cause blindness. Dr. Tenywa from the World Health Organization reports that all children he has studied with Nodding Syndrome also have this condition. However onchocerciasis occurs all over Africa and Nodding Syndrome is isolated to Uganda, Sudan and Tanzania.

In Pander, a rural community in Northern Uganda, more than 3,000 children have been stuck with the debilitating disease. It has devastated the community; almost every family has at least one child affected. In Pander there has been a makeshift ward created for the children. However, it is really just a place where parents dump their children when they can no longer care for them. The Ministry of Health developed five of these wards in Northern Uganda over the past few years.

The World Health Organization and the CDC are still looking for answers to what is causing this disease but they will continue conducting research until more concrete information on the cause of this peculiar disease and ultimately a treatment or cure can be found.