Tag Archive for: No Means No Worldwide 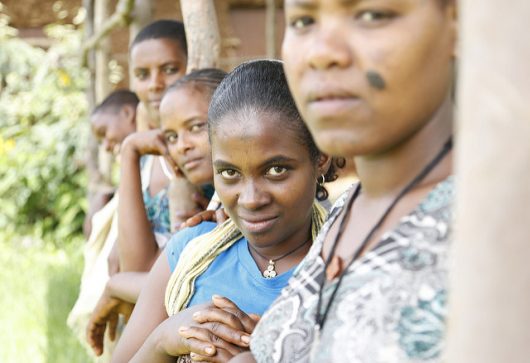 Femicide is defined as the killing of women. It has also been called gendercide and it is the most severe form of violence against women. The global prevalence of femicide is evident within all regions and cultures.

Four of the five regions with the highest levels of femicide also have the highest rates of overall homicides, but in Eastern Europe and the Russian Federation, femicide rates are disproportionately high in respect to general homicide rates. In India, 8,093 cases of dowry femicide were reported in 2007. In China, female children are twice as likely to die in their first year of life compared to male children and the risk of death is three times higher for second born female children than first born.

Furthermore, in Guatemala, two women are murdered on average every single day. In Mexico, an estimated seven women were murdered every day in 2016. In South Africa, the rate of femicide for 2015 was 9.6 per 100,000 women, 4 times more than the global average that same year.

Cultures facilitate femicide through the normalization of violence against women. Dowry femicide, the murder of a woman by her in-laws over dowry-related conflicts, and honor killings, the murder of a woman by a member of her family for a behavioral transgression, can be considered “traditions” in the Middle East and South Asia. Intimate partner femicide is relabeled as a “crime of passion” in Latin America.

The pressure to desire male children for their dominant advantages over female children is a major cause of femicide in many nations. In societies such as China and India, girls are seen as burdens due to their inability to help support their families financially. The expense of dowries makes female infanticide a viable option for families seeking a more lucrative future.

Combatting the Global Prevalence of Femicide

Governments have a responsibility to protect women’s rights to life and liberty. By creating and enforcing laws that protect women from violence and discrimination, a precedent can be set and the complacency shown to the oppression of women can cease.

In Central America, femicide has been criminalized and prosecutors have been trained to take cases to trial. In Pakistan, sweeping new legislation has been passed to prevent the use of acid on attacks on women. Meanwhile, in Palestine, the first national strategy to combat violence against women in the Middle East was adopted with survivors of violence taking part in the legislation’s drafting. These are important positive steps toward legal recourse and representation in instances of femicide and violence against women.

As of June 2016, only 22.8 percent of all national parliamentarians were women, and as of June 2017, only two countries have 50 percent or more women in parliament. Room for women is slowly growing. 11 countries in Latin America and 13 countries in sub-Saharan Africa have applied for some form of gender quotas to open more space for women in governmental positions of power and influence.

Evidence has shown and continues to show that women’s leadership and inclusion in political decision-making processes improves governments. Female empowerment in government creates room for a discussion of many issues connected to gender equality and puts people with deep personal connections to these issues in positions with the power to fight the global prevalence of femicide.

The Causes of Femicide

Two of the largest risk factors for femicide and sexual violence are a lack of education and poverty which, in many cases, are intertwined afflictions. Education is a two-way street when seeking to end violence against women. It has been found that both men and women with higher levels of education are less likely to commit or experience violence.

By making education available to women, they have more opportunity for economic independence, are less likely to be forced into early marriage and learn skills that make them valuable members of society. In conjunction with educating women, educating men on the human rights of women can stunt the normalization of violence against women in the minds of young men and boys.

A perfect example of such an education can be seen in Nairobi, Kenya, where the nonprofit organization No Means No Worldwide implemented a program to prevent sexual assault on girls and women. The curriculum for males aimed to shift attitudes that lead to the acceptance of assault and rape of their female peers. Those male students in the experimental group who received the aforementioned curriculum were twice as likely as those in the control group to successfully halt instances of verbal harassment and physical or sexual violence against women.

Female empowerment and the re-education of both men and women to the equal rights of women and in culture and society are the keys to ending the abhorrent levels of violence against women and the global prevalence of femicide. Nina Simone once said, “I’ll tell you what freedom means to me. No fear.” Equal power and equal space are a route out from under the oppression of eternal fear, and released from that fear, women can find freedom.