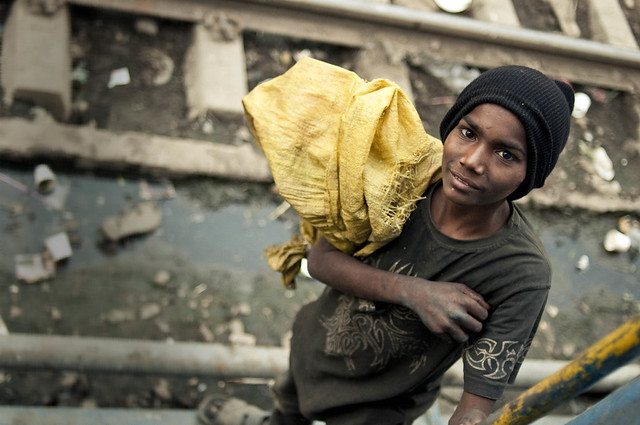 Niti Aayog, the National Institution for Transforming India (of the Government of India), is redefining the poverty line in India. The program functions to assess the impact of the government’s anti-poverty schemes and other welfare initiatives.

The BJP Government of India plans to address the definition of the poverty line in India by having Niti Aayog set up a panel of experts to devise a new poverty line.

Niti Aayog has been measuring the impact of the government’s anti-poverty schemes and welfare initiatives. With this information, the institution plans on determining a poverty reduction target in addition to a 15-year vision document and seven-year strategy paper outlining poverty reduction tactics.

It is important to note that the new poverty line will only define poverty; it will not be used to distribute resources under government schemes. The change will be important on how it affects the Niti Aayog measurement of the impact of poverty reduction programs.

The decision to address the poverty line arose after controversies surrounding the issue during the United Progressive Alliance regime. Once discussion began on the issue, the parties involved decided that the current poverty line defined as the Tendulkar Line was too low and the Rangarajan Line was too high.

The new poverty line will be based on the latest available National Sample Survey Office’s household consumption expenditure survey.

The Indian Rupee, Rs, buys more in India relative to what the dollar buys in the U.S. The new poverty line will reflect a weaker dollar, relative to the country of India.

Suresh Tendulkar proposed the Tendulkar Line determining that Indian citizens spending at least Rs 27 in rural and Rs 33 in urban areas (2011-2012) lived above the poverty line. As a reference,$1 is about 67 Rs today.

Although the new poverty line will be equivalent to a higher U.S. dollar at the Tendulkar Line, it will still be relative in real terms in India. The changing poverty line drives up the amount of U.S. dollars a person can survive on, even though poverty itself is changing very little. For example, $1.90 in 2011 bought approximately the same things as $1.25 did in 2005 in a poorer country.

The new poverty line will prospectively be made higher than the current Tendulkar Line. With this change, one can determine that as the prices in poor countries become lower, their currencies become stronger in purchasing power.

ICP price surveys have concluded that price levels in poor countries are lower than they were in previous years, relative to those in the U.S. World Bank.

Niti Aayog acts as a think tank for the Government of India, providing directional and policy inputs for the country and designing strategic and long-term policies. The group also provides technical advice to states, and replaced the Planning Commission to better serve the needs of the people of India.

Niti Aayong serves as a good omen for increased progress within the fiscal realm of India, but only time will tell if the group is actually invaluable.