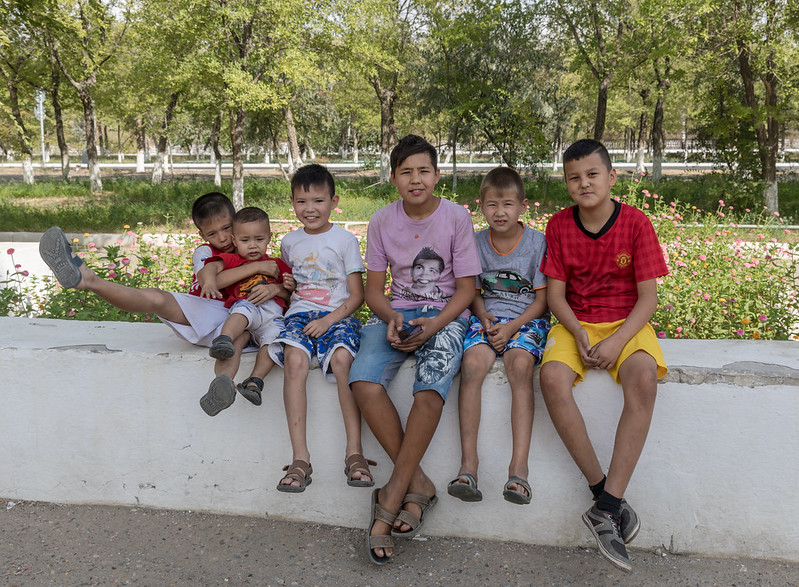 In 2018, a migrant named E.Sh.M. lost his documents while trying to cross the border into Kazakhstan. Upon arrival at the nearest market, human traffickers kidnapped him and sold him into forced labor on a farm. There, he was illegally detained and subjected to inhumane working conditions where his employer would regularly abuse him. On one extreme occasion, E.Sh.M.’s legs were beaten with an ax, and his finger was cut off. E.Sh.M. serves as just one example of the treatment that migrants who become victims of human trafficking in Kazakhstan endure.

The Influx of Foreign Migrants

Kazakhstan used to be a land of emigration and transit to Russia. However, this changed at the start of the new millennium when the country’s economy improved. The influx of migrants increased even more after the Russian financial crisis in 2014 as Kazakhstan became more financially accessible to citizens from Central Asian countries like Uzbekistan, Tajikistan and Kyrgyzstan, who now make up the bulk of the migrant population. In 2015, the U.N. estimated that 20% of Kazakhstan’s population were migrants.

What Leads to Migrant Vulnerability

The case of E.Sh.M. is not an anomaly. Rather, it is emblematic of the larger issue of human trafficking in Kazakhstan, which has registered more than 1,100 crimes in the last three years. Labor exploitation, especially of male migrants coming from Central Asia, is just as dominant as sexual exploitation in the country. Trafficked migrants are forced into construction and agricultural work. They are lured with the promise of a high income. Instead, they are illegally detained and forced into labor. Therefore, the poor economic conditions of the migrant’s native country combined with the common recruitment tactic of a deceptive income are factors responsible for the exacerbation of human trafficking in Kazakhstan.

Although E.Sh.M. lost his documents, a more sinister approach for human traffickers in Kazakhstan is forcefully taking away documents and leveling violent threats against migrants. Rodnik is an NGO that helps survivors of human trafficking in Kazakhstan. Diana Bakyt, a lawyer who works for Rodnik, reiterated this point in an interview with The Borgen Project. Bakyt stated, “the main risk factor for getting into a situation of human trafficking is the lack of identity documents.” If a migrant emigrates for work without proper documentation stating their relationship with their employer, they risk trafficking.

With borders closing at the beginning of the pandemic, hundreds of Central Asian migrants were left stranded at the Russian-Kazakh border. However, as restrictions eased, the plight of the migrants did not. Migrants lost income during the lockdown, and they were also subjected to a migrant phobia media onslaught. Rhetoric, such as “hotbeds for infections” and “breeding grounds for the virus,” has stigmatized migrants. Migrants stranded at the border became “congestions.” These notions further worsen the vulnerability of migrants and increase the risk of human trafficking.

Nina Balabayeva founded Kazakhstan’s first shelter, Rodnik, in 2006. The nongovernmental organization has since become the leading mitigator of human trafficking in the country and has provided assistance to more than 16,000 people.

Taking on the plight of the migrants, Diana Bakyt stated that Rodnik has assisted with documentation, securing of legal fees and the return of trafficked migrants to their homeland. The organization is also responsible for combating the migrant phobia supplied by the media and is working to reduce the risk of COVID-19 exposure to migrants. E.Sh.M.’s story could only have a platform today because Rodnik assisted in his return back to Kyrgyzstan in 2021.

Based in Almaty, Rodnik lies in a pivotal location. Almaty is the primary destination for migrant workers in Kazakhstan. In collaboration with USAID, UNICEF, Winrock International and the Eurasia Foundation, Rodnik has successfully implemented several campaigns and projects, including multiple information drives. During one of these drives, migrant workers on the streets of Almaty received booklets. In a single day, more than 500 people learned about the risks of the human trafficking of migrants in Kazakhstan.

What Lies Ahead for Kazakhstan

While stories about migrants like E.Sh.M. are heartbreaking, his fight inspires others to stand against human trafficking. Kazakhstan has recently seen an increase of new migrants as a byproduct of the pandemic. However, the tireless efforts of organizations like Rodnik show that trafficking can be overcome.