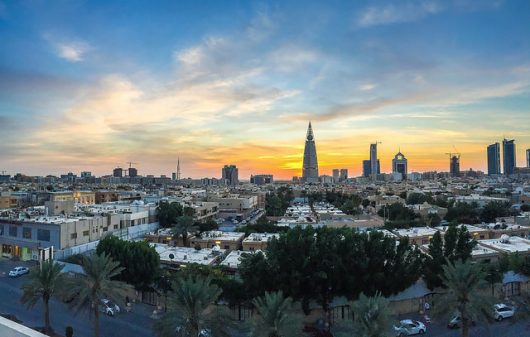 According to the 2011 National Millennium Goals Report, economic and social development rely on the reduction of poverty. While many times poverty is associated with material deprivation or a lack of adequate shelter, poverty is present whenever there is a basic need left unsatisfied. This can be for clothing or shelter, but it can also be in regard to proper food.

Given Saudi Arabia’s interest in accelerating and expanding all aspects of socioeconomic development, all of the nation’s needy groups have been specifically targeted. There is a wide availability of services provided throughout the Kingdom, including education, health and social services. The Kingdom’s actions have been undertaken in efforts to reduce poverty, but also to improve the standard of living and establish a “firm” middle class.

These efforts have been effective, as the number of Saudi households living below the extreme poverty line was at a mere 0.06 percent as of 2009. However, the context of the Kingdom’s poverty line is essential because it was raised nationally to $2 per day over the Millennium Goals level of $1 per day. Further, the Kingdom achieved one Millennium Development Goal by eradicating food poverty ahead of the 2015 deadline.

Fortunately, the Kingdom’s efforts to fight hunger are spreading elsewhere. Saudi officials report that both private and public donors in Saudi Arabia have made considerable donations in the Middle East and abroad as part of a global initiative to end hunger. The World Food Programme (WFP) praised Saudi support in 2006 specifically due to the Kingdom’s tenfold increase in support of the humanitarian cause from 2005. Through WFP operations, Saudi donations have benefitted nations including Lebanon, Cambodia, Palestinian territory, Pakistan and several areas in East and West Africa.

Despite Saudi success, the Kingdom must remain diligent in maintaining its successes in eradicating hunger in Saudi Arabia. While most citizens do not face hunger, some within the borders do still struggle. For example, women are particularly vulnerable to hunger in Saudi Arabia because they typically are not employed and rely on their husband’s support. By Islamic law, a widowed woman is stateless and not recognized as a Saudi citizen, which means it is also barred from welfare and aid. Additionally, the surrounding countries are permeated with hunger. Specifically, Yemen, a bordering nation, is one of the poorest and hungriest of the Arab nations.

Currently, Saudi Arabia is successfully fighting hunger both domestically and internationally. While some Saudis are at more risk, as women, as long as officials continue to focus on improving conditions, hunger is likely to remain outside of the nation’s borders.