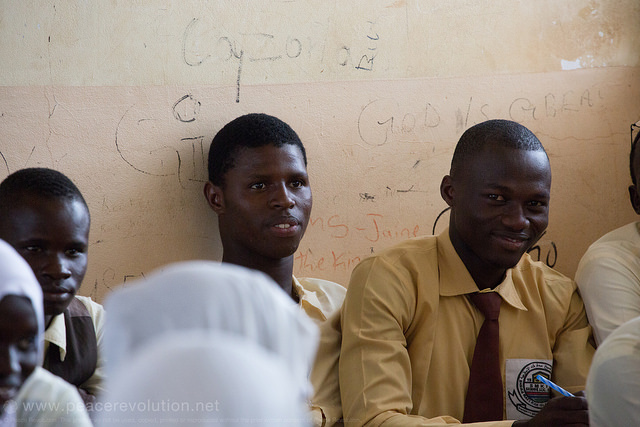 UNICEF is working in the Gambia to improve its education in four different areas. These areas cover enrolment, performance, gender disparities, as well as rural and urban disparities.

As of 2016, the enrollment rate in the Gambia stood at 93 percent, which is a great improvement compared to 81 percent in 2011. Through UNICEF’s tireless efforts, Gambians drastically increased the number of children gaining an education in only five years. Furthermore, the sub-Saharan average typically lands at only 69 percent of children enrolled in primary education.

Between 2004 and 2015, UNICEF encouraged the implementation of the Education for All (EFA) and the Millennium Development Goals (MDG), which led to a drastic improvement in the accessibility of basic education. EFA ensures that education meets the needs of children globally, allowing girls and those in rural areas to receive equal access to quality education. The policies introduced, along with other advocacy events, pushed for the building and opening of four new schools in The Gambia, thus providing greater accessibility and playing a large role in the increased enrolment.

UNICEF introduced new teaching methods to Gambian schools that utilize a child-centered approach. The approaches follow the EFA goals to meet the educational needs of every child. As a result, over 200 teachers received training regarding the new methods. In 2014, 88 percent of teachers became fully qualified to give students a quality education in The Gambia.

According to the National Assessment Test, these methodologies improved students’ performance in English, which rose 5 percent in only two years. Another contribution of this is the development of the Program for Improved Quality Standards in Schools (PIQSS), which strictly focuses on students receiving an education of greater value.

Furthermore, these new teaching methods bridged the gap between boys and girls. The National Assessment Test also provides proof that girls’ performance compares almost equally to the performance of boys in both English and Mathematics.

There is also a disparity between the education in urban versus rural areas of The Gambia. In rural communities, there were around 10,452 children not attending school because of reasons such as limited access. The rural region, also known as the Central River Region, had a gross enrollment rate (GER) of 63 percent in 2014, decreasing the Gambia’s overall GER.

However, UNICEF’s multiple efforts contributed to the Central River Region’s GER increasing by seven percent, along with the urban area’s four percent increase. The main contribution is made in the rural region is by the PIQSS by providing 90 different schools with quality materials and bringing educational access to students.

UNICEF’s multiple efforts and policies enabled education in the Gambia to benefit in these four separate areas. Hopefully, UNICEF continues enforcing these policies and advocacy events to bring Gambians an education-centered society.