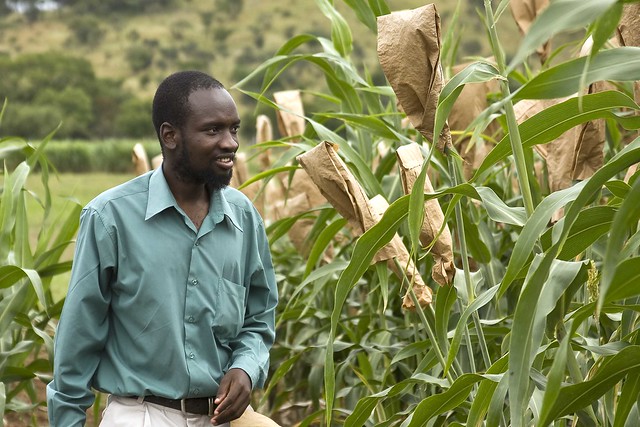 Agriculture is at the center of many African families. With over 70 percent of African families depending on agriculture as their main source of income, 90 percent of them live on less than $1 to $2 a day. GreenFingers Mobile aids the food insecure to attempt to change that. This app provides small and emerging South African farmers access to the growing market to help reduce poverty and make Africa food secure.

Initially piloted in 2013, GreenFingers Mobile did not fully establish until 2015. Prior to 2018, the mobile app served three countries and assisted more than 5,000 smallholder farmers. Today, it serves more than 8,700 farmers across three countries. The goal of the app is to provide small farmers with access to the agriculture market. GreenFingers Mobile aids the food insecure by replacing the inefficient pen and paper system and supplying farmers with real-time data. Instead, it provides farmers with a variety of services that range from improving the yield of their harvest to a virtual profile to build their credibility within the market.

In addition to informing farmers of the wellbeing of their fields, GreenFingers Mobile also aids the food insecure by registering over 12,500 farmers in training courses. These training courses provide farmers with knowledge of the agricultural market and ways to improve the yield of their cash crops. According to the World Bank, in 2016, nearly one out of nine people living in sub-Saharan Africa, South Asia and East Asia suffered from chronic hunger. That same year, 27.4 percent of Africa’s population suffered food insecurity. With food insecurity on the rise, the app presents many small African farmers with the ability to fight back. Through GreenFingers’ efforts to ensure food security in growing communities, it simultaneously reduces poverty. With the threat of hunger erased, communities and countries will become self-sustaining.

In 2018, GreenFingers Mobile was a finalist in Google’s Impact Challenge and received $125,000 in funding. That same year, Kiva, an international nonprofit organization with the mission to expand financial services to developing countries, approved a $15,000 loan for the company. Many expect the app to grow the sub-Saharan agricultural market to five times its current size in 2030, going from $200 billion to $1 trillion. Within the next two years, GreenFingers Mobile hopes to have more than 30,000 farmers utilizing the app. In May 2019, GreenFingers Mobile launched the GFM Tree Tracking module, which will provide the farmers with over a million trees.

Among many of the app’s investors is the Hivos Food & Lifestyle Fund, which Hivos provides. Hivos is an organization that focuses on “social change, digital activism and rural innovations in the sectors of sustainable food systems, renewable energy and governance,” as the GreenFingers Mobile website says. Natalie Miller, GreenFingers Mobile CEO, says the fund provided several cycles of seeds and helped lower the entry barrier, which assisted the app in cutting prices by two-thirds.

With nearly 60,000 commercial transactions completed, GreenFingers Mobile continues to grow. It is paving the way for technological innovation in Africa. Though it will take time for Africa to see an effect on its food security, GreenFingers Mobile is on its way to improving the lives of those in poverty.