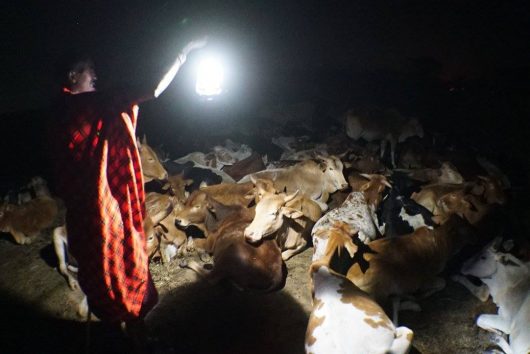 For impoverished nations around the world, electricity is a luxury. In 2014, 1.2 billion people in the world lived without it. Many households used kerosene lamps as a source of light, but these were dangerous because of the risk of fire and number of fumes that the lamps emit. Bleach bottle lights may be a viable solution.

A project called Liter of Light has a solution. Its creators discovered that plastic bottles filled with a mixture of water and bleach “refract the light from outdoors into the house, lighting up much like a light bulb.” When placed on the roof of a house the bottle becomes an adequate and inexpensive source of light.

The life expectancy of one of these bleach bottle lights is five years. Since the concoction is simply one liter of water and three milliliters of bleach, it is cheap and easy to replace.

By using plastic bottles for the bleach bottle lights, communities reduce the amount of garbage they produce. Per the World Economic Forum, “eight million tons of plastic end up in the ocean each year.” In places like the Philippines where the number of disposed of plastic bottles is one of the highest in the world, the Liter of Light project kills two birds with one stone.

Since the bottle only works with sunlight, Liter of Light came up with a solution for night time. Huffington Post stated, “by slipping a test tube with a small LED light bulb into the bottle, which in turn is hooked up to a mini-solar panel, the bottle can still refract light during the day, but then also be used as a light bulb at night.”

The overall goal for the Liter of Light project is to provide poor countries with a sustainable alternative to electricity in homes with the bleach bottle light. This is crucial because they cannot afford to pay for expensive repairs when the country is struggling financially. Bleach and water are much more accessible in the communities than electrical materials.

As of now, the bleach bottle lights provide a source of light to homes in 15 different countries. The bottles containing the LED light bulbs are the most popular amongst the 850,000 homes that rely on them.

The Liter of Light project won the 2015 Zayed Future Energy Prize and the 2014-2015 World Habitat Award for its work installing bleach bottle lights into hundreds of thousands of homes. The United Nations now uses the technology in its UNHCR camps. Within the next three years, the organization hopes to reach one million people and brighten up the world.