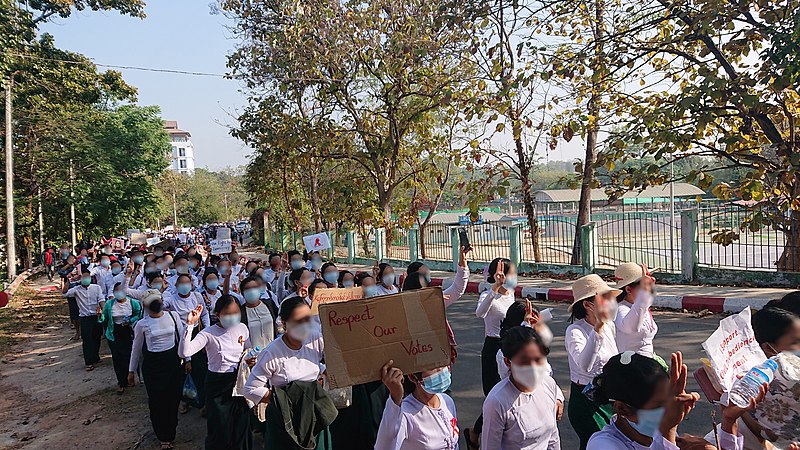 On February 1, 2021, Myanmar’s military seized control of the country in a coup. Following a series of raids, several democratically-elected government officials were arrested, including the president, Aung San Suu Kyi. Since the coup, many protesters have taken to the streets, resulting in more than 100 deaths on March 27 alone. Even before the coup, Myanmar’s healthcare system was in shambles. However, NGOs and other groups believe that the coup, as well as the COVID-19 pandemic, will exacerbate conditions in the country. The situation is compounded by the return of 100,000 migrant workers to Myanmar in March 2021.

Effect on COVID-19 and Immunizations

Healthcare workers were among some of the first to join the pro-democracy movements. However, this has led to shortages of staff, significantly impacting healthcare service delivery. According to The New Humanitarian, “Soldiers have also occupied major public hospitals and attacked healthcare workers, including emergency responders trying to help injured protesters.” With limited healthcare services available, some doctors are volunteering their time and community groups are stepping in to bridge the gap in healthcare. “The public health system has practically collapsed,” said Andrew Kirkwood, the senior U.N. official in Myanmar, during a briefing in March 2021.

Additionally, the coup has stalled routine vaccinations for children. Due to healthcare workers joining the movement, as well as continued fighting in the remote regions, many refugees and citizens are unable to get their children vaccinated. By July 2021, close to one million children were unable to receive their vaccinations since the coup began.

Due to the fragility of Myanmar’s healthcare system, COVID-19 testing and treatment also came to halt, producing uncertainty regarding Myanmar’s vaccination rollout amid the coup. The coup and the counter-protests induced outbreaks, worsening COVID-19 and causing shutdowns. With the economic strain as well as the risk of the virus, Myanmar’s impoverished families are struggling. Fortunately, in July 2021, the U.N. Country Team in Myanmar stepped in to scale up “the provision of critical health services and COVID-19 vaccination efforts.” The U.N. Country Team is also working to increase testing rates and accelerate the COVID-19 vaccination rollout while tackling the oxygen shortage.

The coup also led to the shut down of HIV treatment programs and testing, putting many lives at risk. Before the coup and the COVID-19 pandemic, Myanmar implemented several programs to tackle HIV/AIDs in impoverished areas. With the ongoing conflict, it has become harder to access anti-retroviral drugs and there are concerns of shortages due to disrupted supply chains.

ICAP, a global public health NGO, with funding from the U.S. President’s Emergency Plan for AIDS Relief  (PEPFAR), is “collaborating with the community-based organization Myanmar Positive Group (MPG) to build its capacity to deliver HIV care services.” During the COVID-19 pandemic, ICAP provided “virtual conferencing software for community self-help groups” to host virtual support meetings as these services are crucial to controlling HIV in Myanmar. ICAP also provided training on using virtual software and conducting tele-counseling. During the coup, these established tools will ensure these services continue.

Several NGOs stepped up to help Myanmar. The Myanmar Red Cross is intensifying its efforts for humanitarian assistance and healthcare. The organization reported in June 2021 that nearly 236,000 people require assistance as COVID-19 shutdowns and the coup exacerbate poverty. About 2,000 Red Cross healthcare volunteers provided frontline assistance to those injured during the protests and others in need of healthcare services. The organization also provided ambulance services.

The EU also stepped in to assist with a donation of “€9 million in emergency humanitarian aid” in April 2021. The funding will go toward “emergency health support, protection, food security and multi-sector emergency assistance” in Myanmar.

With organizations taking a stand to help Myanmar’s most vulnerable people during the coup, citizens will receive the aid they need while the country awaits the end of the widespread violence and instability. 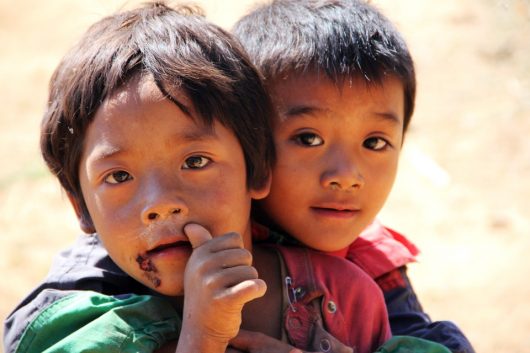