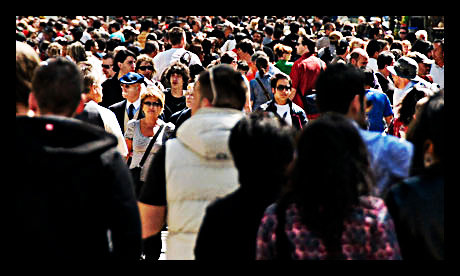 Social media has changed the landscape of fighting poverty, creating policy, and changing the world. While there are some negatives to the spread of social media, the United Nations has turned the power of social media into a tool to create the next global development agenda.  In a bold step, the United Nations is reaching out to hundreds of thousands of people around the world to use their voice to shape the next decade of anti-poverty goals.

The United Nations started the process by holding simultaneous conferences in around 100 countries and then added digital media and mobile phone technology to include as many more people as they could in the development of the global development goals. These goals will build on the millennium development goals and set up a new generation of goals ready to fight global poverty.

The web platform, World We Want 2015, allows people to log on and collaboratively create policy ideas and vote on development priorities. Check out the website and cast a vote here.  The website is working to create user-driven communities able to provide solutions to critical global challenges. With more mobile phones than toilets in the world, short message service (SMS) and interactive voice response (IVR) are being used to engage with the public.  It’s working too. In Uganda, the United Nations was able to capture the views of more than 17,000 young people in a survey about their development priorities.

To increase participation, the United Nations is holding workshops in areas like the Amazon where access to the Internet and mobile phone technology is very limited.  Almost half a million people have participated in the global conversation and three key issues have risen to the top of the priority list. Those are:

1. Accelerate the progress to achieve the MDGs by the end of 2015

2. Address sustainability, governance, and security from violence and jobs in future goals

3. Include more opportunities for people to participate in agenda-setting and progress monitoring

All the information gathered from the global conversation is being used to shape the future development agenda to be put in place in 2015.  This is an exciting development in global policy-making. People have the ability to voice their concerns and ideas to negotiators and decision makers directly. Don’t miss out on the opportunity to make your voice heard.