Tag Archive for: My Education…My Hope 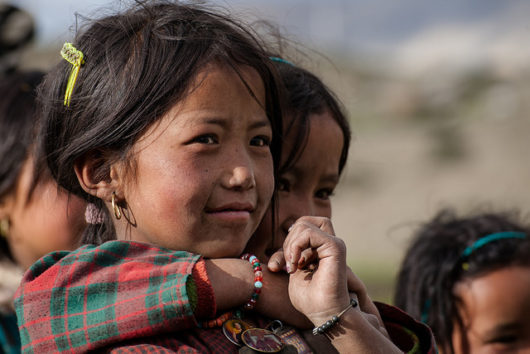 Nepal is a landlocked country located in South Asia. Much of the country’s population of 29 million lives in rural and distant places, making it difficult for youth education in Nepal to be reachable for the entirety of the country. Successful steps have been made in improving youth educational development through various nonprofit organizations and government programs.

Nepal is one of the least developed countries in Asia, ranking at 149th place out of 189 countries by the 2017 U.N. Human Development Index. According to the Asian Development Bank, about 25 percent of the population was living on less than $1 per day in 2011.

Despite the situation not being so good currently, it is safe to say that Nepal has seen a great improvement in education rates in the last few decades. The number of students enrolled in primary schools grew from 400,000 in 1971 to 3.9 million in 2001. Secondary school admittance increased from 120,000 in 1971 to 1.5 million in 2001, and the literacy rates improved drastically, from 20.6 percent of the population in 1981 to 64.7 percent in 2015.

Reach Out to Asia (ROTA), Qatar’s leading nonprofit education development system launched the “My Education…My Hope” fundraising campaign in 2014, with the goal of providing educational resources to vulnerable children in Palestine, Yemen, Pakistan, Nepal and Syrian refugees in Lebanon.

The program implemented in Nepal will focus on providing resources to rural communities who desperately need the support. It is estimated that 50,000 Nepalese children will benefit from this project by improving the quality of youth education in Nepal and educational facilities, as well as by creating innovative educational solutions.

The Earthquake Consequences on Education

In April 2015, a 7.8 magnitude earthquake hit Nepal, causing serious damage to the country’s infrastructure. It was estimated that over 8,000 schools were damaged. This had huge consequences on youth education. Even before the earthquake struck, attendance in primary schools in Nepal, according to UNICEF, was 96.2 percent for males and 91.4 percent for females. This natural disaster made it even harder for kids to attend schools.

In response to these issues, the government set up 8,000 Transitional Learning Centres, and another 4,000 were set up by different nonprofit organizations. The Asian Development Bank has pledged over $110 million and the Japan International Cooperation Agency has pledged $112 million for reconstruction of schools in Nepal in the near future.

National Society for Earthquake Technology (NSET) help start the School Earthquake Safety Program (SESP), with the initiative of making schools more earthquake safe, as well as educating families on earthquake safety. The program has completely reconstructed close to 300 schools to better withstand earthquake activity. Since schools are oftentimes used as community shelters during emergencies, ensuring the safety of these institutions is important for the children, but for the adults as well.

Youth education in Nepal has improved in all aspects during the last few decades, thanks to the joint effort of the government and various nonprofit organizations. While there is still work to be done in educating people in rural areas, nonprofits have been instrumental in giving resources to schools to protect them from natural disasters, ensuring the continuous and safe education.