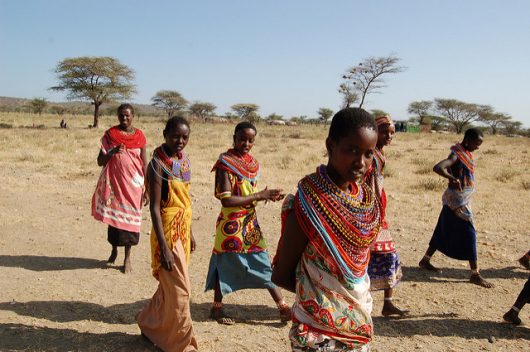 The Mwelu Foundation is a photography and film production trust based in Nairobi, Kenya, working to help children in the city’s slums realize their creative talents. Founded in 2007 by local photojournalist Julius Mwelu, the organization serves around 80 Kenyan children with help from local volunteers.

Mwelu has two separate programs, one for children up to 17 years old and another for young adults between 18 and 25 years old. Both programs serve to nurture talent by “providing children with a voice and promoting education,” in hopes of breaking the cycles of poverty and violence that are typically present in the area.

Initially, the foundation focused on photography, then added film after much success. The team has produced ten professional photographers and has played a role in seven documentaries and five short films.

The foundation’s School Outreach Project has partnered with four local schools to provide weekly training in photography. When schools are closed, trainers host week-long workshops that focus on changing central themes. By the end of the week, they produce either photography or a film. In addition to film and photography, journalism and creative writing are also artistic focuses.

In 2012, the trust created a community library. The library consists of two spaces that can each fit around 30 students, serving both primary and high school-aged kids. The library allows a space for study, homework help, and access to books.

The project has an additional focus on building life skills, particularly for girls, promoting them to be active in their classes. This is very important, as it allows them to have similar opportunities as their male counterparts. The foundation has a group specifically for girls, Mwelu Divas, which creates projects that document life in the slums. Girls involved in the program say it helps them detour from traditional destructive paths that many women in the area find themselves in, such as early pregnancies and dropping out of school.