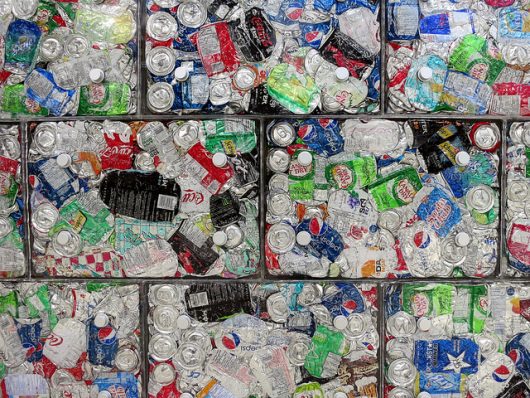 The idea of turning trash into treasure is possible when one considers what waste materials can produce. Recent scientific discoveries involving trash and coal waste could have mixed implications for millions of waste pickers and coal energy consumption in the least developed and developing countries.

In 2016, a team of Japanese researchers discovered a solution to purging rubbish from rubbish itself. From a trash dump, they uncovered a combination of enzymes capable of consuming polyethylene terephthalate (PET) — plastic material used to create common consumer items such as drink bottles.

This year, scientists have “improved the enzyme,” says University of Portsmouth, U.K. Professor John McGeehan. While the team originally intended to just examine the atomic structure of the bacterium discovered back in 2016, they accidentally reinvigorated it.

This reinvigoration created a now “mutant enzyme” to degrade PET. The supercharged enzyme can reportedly break down plastic in a matter of days, and the renewed compound can degenerate the integrity of plastic with 20 percent higher efficiency than the original bacteria — Ideonella sakaiensis 201-F6.

While many are interested in applying the discovery to clean up the world’s oceans, this can have undecidedly good or bad implications for waste pickers in Cambodia that earn between $0.98 and $1.23 a day, and the 1.5 million to four million waste pickers in India.

Waste pickers often sort and separate recyclable waste, such as consumer plastics with PET, and sell them to scrap dealers, creating a recycling supply chain. In one sample of 150 Indian waste pickers, 94 percent claim it is their only viable source of income with no alternatives.

For a nation that produces 62 million tons of waste per year, India recycles up to 70 percent of all PET bottles. In comparison, the Environmental Protection Agency reported the United States produced 254 million tons of trash in 2013 with recycling rates between 31 and 34 percent.

A mutant microbe actually might seem like a threat to waste pickers who depend on the economic opportunity of trash picking, since the microbe would supposedly dampen their product’s value. Plastic-eating enzymes, however, could aid the notoriously unsafe and inadequate waste management practices that render public health challenges in the least developed countries.

The Journal of Material Cycles and Waste Management cites near absent sanitary landfills exist in the least developed countries where 26 percent of solid waste streams are considered recyclable.

Mutant trash-eating bacteria could serve as a boon to public health — the United Nations reports an estimate of 1,000 deaths per day for children under the age of five due to unsafe water, insufficient sanitation and lack of hygiene. Children are most vulnerable to diseases such as hepatitis, dysentery and cholera since many play and swim in squalid waters filled with trash and toxins from landfills.

A natural terminating agent, such as a plastic-eating enzyme, provides some hope for an opportunity for unequipped landfills in the least developed countries.

Researchers at Washington State University are also in the business of turning trash into treasure via building materials.

Funded by the United States Department of Transportation, scientists are en route to creating concrete from coal fly ash — a byproduct from coal electricity generation usually considered waste. Coal fly ash derives from burnt coal residue, a wispy particulate containing unburnt carbon that usually just flies in the air with no practical use.

Scientists were able to enact a chemical bonding method in which atoms and molecules in coal fly ash are manipulated and combined with calcium oxide and sodium silicate, which results in an inorganic polymer more durable than cement. Standard cement creation accounts for 5 percent of global greenhouse gas emissions.

It is projected that in 2040 the developing world will make up 65 percent of the world’s energy consumption; in addition, the International Energy Agency expects coal energy used for electricity to increase by 33 percent during the same year.

What otherwise would contribute to air pollution through carbon emission or being stowed in a landfill, coal fly ash transformed into concrete could benefit developing countries such as China, India and South Africa. China is the world leader in coal energy consumption with 3.9 billion tons used in 2017; South Africa, in 2012, was first in coal energy used for electricity at 93 percent; and in the same year, China ranked third at 79 percent and India sixth at 68 percent.

In Botswana, Andre Boje, CEO of coal mining company Minergy Limited, states that “developing nations, such as those in Africa are unable to rely on renewable energy sources.” Therefore, there is demand for more coal energy as a safer alternative to firewood and kerosene, the latter on which 620 million Africans still rely and an estimated 1,634 die per day due to indoor air pollution.

While the continued use of coal energy usage remains a contentious issue in the global community in regard to environmental safety, attaining technology with the potential to enable recycling coal fly ash for concrete poses at least some additional redeeming qualities in coal energy for developing countries.

Be it for waste pickers, children forging a playground from a trash heap or environmental friendliness, recent developments in science and technology radiate gleams of potential for a modified waste picker industry, safer living conditions and a cleaner environment for impoverished global citizens.