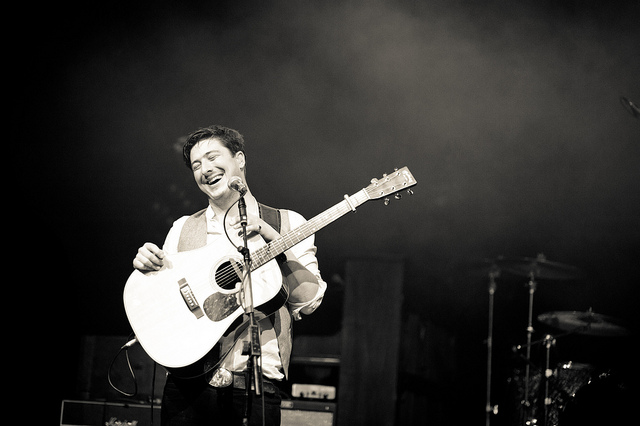 Can you name at least three musicians who fight poverty in unorthodox ways? In a recently announced project, major hitters in the music industry will be joining together to produce a new album aimed at reducing poverty around the world. Some of the musicians already attached to the project include stars like Kanye West, Ellie Goulding and Mumford & Sons.

The album, entitled Metamorphoses, will be sponsored by Global Citizen, a nonprofit that brings people together to fight global poverty. This project is a logical extension of the organization’s previous work, which often includes organizing major concerts to raise funds and build awareness for poverty-fighting efforts.

What makes Metamorphoses unique is the fact that fans have been called upon to submit lyrics, poems, and even short stories for the musicians to incorporate into the 12 tracks. According to Global Citizen’s CEO, Hugh Evans, this highly interactive process will include material from people all over the world, making the project “a truly global tribute to our collective responsibility” to fight poverty.

How will the album ultimately help alleviate poverty? Producers are planning to employ slightly unorthodox methods that sidestep traditional fundraising techniques. Instead of buying the album with actual currency, fans can “purchase” Metamorphoses by making commitments to take action to fight poverty.

This kind of outreach has the potential to build lifelong warriors against poverty, as opposed to one-time donors. Those who “buy” the album are offering to engage with the anti-poverty movement through direct action, such as educating their elected officials about the issue and petitioning those with law-making power.

The project itself was dreamed up by Global Citizen in partnership with Ben Lovett of Mumford & Sons. According to Lovett, the “crowd-sourcing” of material makes the project especially exciting. “Metamorphoses has the potential to break down our preconceptions of the voices of creativity, what different people around the world are thinking and who has the right to be heard,” Lovett claims.

Set to be released in the Fall of 2016, Metamorphoses is destined to be an exciting and unique album with the potential to do a lot of good and foster activism through the power and process of creating music, according to Global Citizen.