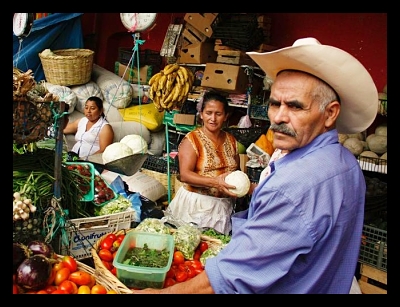 San Pedro Sula, a bustling city in the northwestern corner of the Latin American country of Honduras, reportedly has the highest murder rate in the world outside of a war zone.

Lucas, a man faced with the grim task of being a mortician in the world’s murder capital said, “Satan himself lives here in San Pedro. People here kill people like they’re nothing more than chickens.”

In 2012, an average of 20 people were murdered every day in Honduras, a nation of roughly 8 million people according to the Violence Observatory at the National Autonomous University of Honduras (NAUH). That puts the murder rate at 85.5 per 100,000 residents compared with 4.78 in the United States. In San Pedro Sula, the murder rate is an unbelievable 173 per 100,000. The city is plagued by drug trafficking, gang wars and corruption.

Violence has been part of the daily fabric of the country for over a decade, in large part due to its role as a key point in cocaine trafficking routes from South America to the U.S. “Honduras is the number one offload point for traffickers to take cocaine through Mexico to the U.S.,” said a U.S. law enforcement official. And in 2011, a U.S. State Department report called Honduras “one of the primary landing points for South American cocaine.”

A shrinking police force combined with widespread corruption of those who have remained seemed to be making the situation worse. While the murder rate climbs steadily the number of police has declined from 14,000 in 2009 to 13,000 today. Many left voluntarily while 281 were fired just last year, mostly on corruption charges. Cases of theft, bribery and extrajudicial killings no longer raise eyebrows and scores of crimes are never investigated. Gustavo Irias, of the Democracy Studies Center said, “There is zero institutionality here, the police and investigators are useless and impunity generates new violence.” When the public loses faith in the authorities, people often take matters into their own hands, further exacerbating the problem.

According to the UN, Latin America is home to 42% of homicides worldwide and unfortunately, San Pedro Sula is just one example of the widespread violence that is endemic to the region. In order to shake the title of “Murder Capital”, one that is certainly bad for business, they must first build confidence in authorities to protect the public. Without it, the city will descend further into chaos.