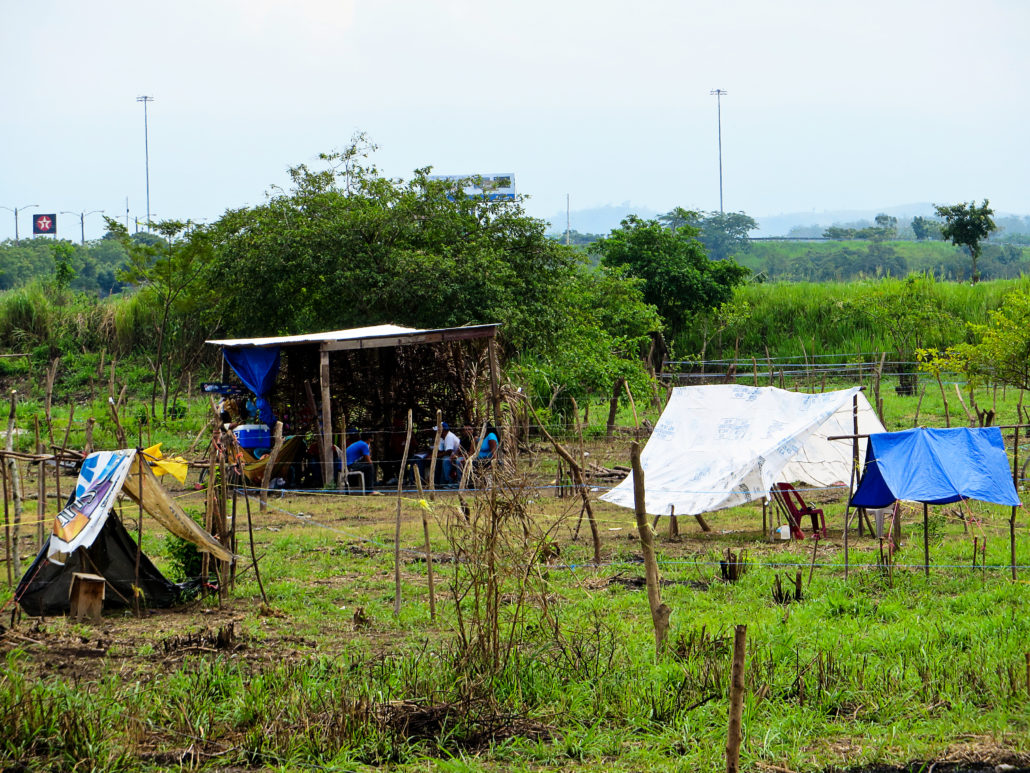 “Shelter in place,” “stay at home” and “safer at home,” are just a few of the phrases the world has repeatedly heard over the past few months during the COVID-19 pandemic. These phrases act as a form of protection during this unprecedented time. However, around the world, not everyone can follow these guidelines because they may not have four walls to call home. During the first month of the virus’ presence in Tegucigalpa, the capital city of Honduras, at least “three dozen informal economy workers” lost their homes. Men, women and children who once had an apartment now sleep in an underpass. In 2018, 48.3% of Honduras lived in poverty.

Unfortunately, an underpass doesn’t shield those living in a city with one of the highest murder rates in the world.” Kids, old people, women sleep here where it’s dangerous…the people on the streets are not animals,” reports an MSN article. San Pedro Sula ranks higher than Tegucigalpa in terms of murders per capita with 47 murders per 100,000 citizens. A large percentage of this violence is a result of gang-related activity. In March of this year, the U.S. Department of State Travel Advisory ranked Honduras at Level 3, warning American citizens to reconsider travel plans to the country due to the high rate of crime. Since the country has a substantially high murder rate, homelessness in Honduras poses a number of threats.

In regard to the COVID-19 pandemic, Honduras’ government has taken steps to aid the country’s citizens. Food and personal-protection equipment has been delivered to around 3.2 million Hondurans. The homeless, however, cannot receive these door-to-door staples because they do not have doors to knock upon. Therefore, the homeless population is swept under the rug, forgotten.

Another issue weighs heavily upon the homeless population: a lack of resources. One U.S.-based NGO that is working to abet the homeless situation for the next generation of Hondurans is El Rancho Ebenezer. This Christian-based organization serves as a home for orphaned and homeless children between the ages of birth to 18 who cannot be adopted due to a lack of proper documentation. During the day, the younger children attend a bilingual school onsite while the older children venture out to the neighboring public school. In the afternoon, they return to their home on the ranch where they live with in-house counselors and two mentor parents.

Kimberly Solórzano of El Rancho Ebenezer spoke with The Borgen Project about homelessness in Honduras. In regard to homeless care centers, she said, “Most of the NGOs here are directed towards education, children’s centers, things like that…So as far as homeless adults, there is definitely, absolutely nothing done by the government.” Therefore, the cyclical nature of poverty remains unabated.

Within this cycle lies corruption. Across the country, Hondurans find shelter on property that is not their own. These so-called “squatters” build shacks or homes out of anything they can find. Discarded metal, wooden planks and weathered mattresses become a safe haven to squatters. According to Solórzano, urban slum areas are often controlled by gangs or slum lords who have no actual legal authority over the land where squatters reside but charge the squatters a monetary fee in order to reap a substantial profit. With a fragile police force, this type of gang activity often goes unnoticed. If it happens to come across the hands of an officer, the overburdened judicial system most likely will not be able to bring the case to court. As of April 2020, Honduras’ judicial system had 180,000 cases that have yet to be processed, resulting in new cases being virtually impossible to resolve. Sadly, there is little being done to control gang violence, further increasing homelessness in Honduras.

This issue takes its toll in different ways. For mothers who beg and carry their babies on their hips all day, their children do not learn to walk or develop properly. Older kids and teenagers often turn to glue to soothe hunger pains. Young men can find financial stability and familial security in a life of crime. Although homelessness in Honduras looks substantially different for each person, there is one certainty — the United States can help make a difference. This has been made evident through the work of El Rancho Ebenezer and countless NGOs in Honduras with American ties. The stars and stripes continue to show that their resources stretch beyond the American border.