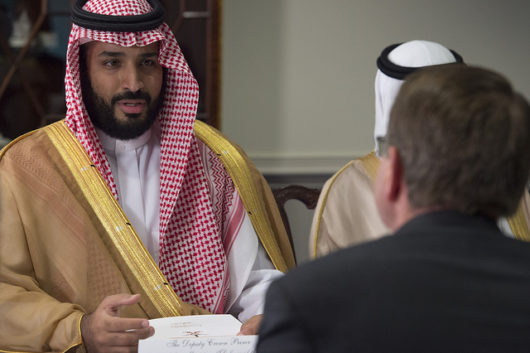 Ever since Crown Prince Mohammed Bin Salman promised reforms to make Saudi Arabia “modern, open” again, women’s rights in Saudi Arabia have grown noticeably, culminating most recently in the lifting of the driving ban. But, while the lift of the driving ban is a large step in the fight for women’s rights in the country, it isn’t actually the largest problem that women are facing. Local activists say that the next, and more pressing, issue that must be addressed is the guardianship system in Saudi Arabia.

The Guardianship System in Saudi Arabia

The guardianship system is rooted in a deeply conservative reading of Shariah law. Under this system, all women must have a male guardian (wali), either a father, husband, uncle or son, sign off on what a woman can or cannot do in her life. Last year King Salman, the Prince’s father, loosened some of the restrictive measures in the guardianship system, but not much has changed in the everyday lives of Saudi women.

A woman still cannot get an education, marry or apply for a passport without permission, nor can she open a bank account or get a fair trial without the consent of her guardian. But women are fighting back and making their voices heard through whatever avenues they can. The internet has proved to be a particularly powerful tool. In September 2016, more than 14,000 Saudi women signed an online petition calling for the end of the guardianship system. The petition was sent to the Saudi government.

Working to End The Guardianship System In Saudi Arabia

A Saudi-born, Australia-based artist who goes by Ms. Saffaa has generated acclaim for her artwork protesting the guardianship system. Saffaa’s popular poster features a woman veiled in the Saudi shemagh and the hashtag #IAmMyOwnGuardian. The image has been massively popular on social media and distributed throughout Saudi and Australian streets. Her most recent work is a 20-meter mural at The Sydney College of Arts campus cafe.

Twitter allows millions of Saudi women to voice their opinions. In part, this is due to the fact that women can create anonymous accounts on Twitter, and therefore, don’t have to fear retaliation for raising their voices. In the past two years, Twitter has gained massive popularity in the country. The top ten most famous female activists have 1.2 million in followers. And the need to end the male guardianship system in Saudi Arabia is the most talked about topic on the social media platform with the hashtag #AbolishGuardianship trending.

Female activists are aware of Twitter’s importance to their cause. “Twitter has brought international attention [to issues], which is very important,” according to activist Areej… “We hope that we will come to a time when all women and men are treated equally and have the same rights.” And as the rest of the world starts paying closer attention, those in power in Saudi Arabia will take note and be more willing to change the system.

The guardianship system in Saudi Arabia restricts women from making the most important and base decisions in their lives. It is also deeply rooted in Saudi society, making it all the more difficult to challenge. However, women in the country are finally enjoying freedoms such as going to soccer games and getting their driver’s licenses, and they are not backing down on the issue of guardianship.