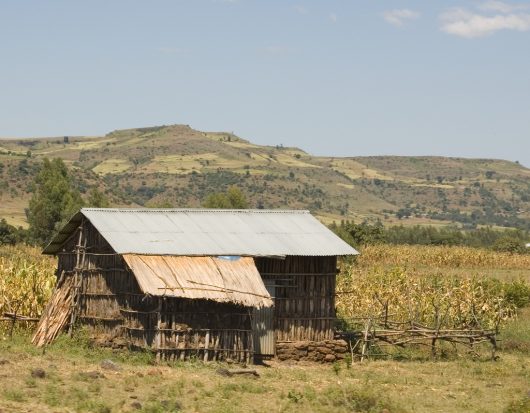 Although giving aid to countries is a great way to lend support, giving small businesses the chance to grow is the best way to make a lasting impact. When small business owners are able to achieve their aspirations, it only motivates others to follow in their footsteps. Although it is possible for an individual to achieve the dream of sustaining their own company, many require financial assistance in order to make that happen.

In the country of Mozambique, small time farmers and entrepreneurs regularly struggle to expand their businesses because the banks view them as a high risk investments. The local banks do not have copious amounts of money to lend out and that forces them to charge outrageously high interest on their loans.

Carlos João Tovela Sigue, a small time farmer in Maputo, Mozambique, has been able to support his family by growing a variety of different crops. Although he has been able to sustain a healthy lifestyle for his family, Sigue had aspirations of owning and operating a much larger enterprise. The giant hurdle standing between him and his dream was financial support. Sigue stressed the difficulty of expanding production without a bank loan, which is a problem many farmers and small business owners in Mozambique face.

One of the main factors hindering the banks from loaning money to Mozambican entrepreneurs is the country’s struggle with inflation. Statistics reported by the National Statistics Institute (INE) showed that Maputo, Nampula and Beira — the three largest cities in Mozambique — had inflation rates of 11.25 percent from Feb. 1, 2015 to Jan. 31, 2016. Additionally, the Mozambican Bank’s Monetary Policy Committee reported “an increase of 100 base points in the Standing Lending Facility (the interest rate paid by the commercial banks to the central bank for money borrowed on the Interbank Money Market).”

Thanks to a collaborative effort from United States Agency for International Development (USAID) and the Swedish International Development Cooperation Agency (SIDA), several Mozambican banks obtained the Agency’s Development Credit Authority (DCA). The DCA provided the banks with a partial guarantee on loans and pushed for them to loan money to entrepreneurs and small time farmers such as Sigue. The loan allowed Sigue to add another 12 hectares on to his farm, mechanize his framing methods and make improvements to his irrigation system.

Sigue not only paid back his loan in full, but was able to employ seasonal workers on his farm. Sigue’s prosperity over the first two years enabled him to take out a larger loan to sustain his dream for the long term. Sigue “plans to farm 350 hectares of family land, accumulate 700 cows, and buy a larger truck for taking crops for sale to the market.” The Mozambique government has recognized Sigue’s miraculous success and adorned him with many awards.

Sigue is the epitome of what can happen when small businesses are given enough financial support to better the lives of their families and evidently their communities. Mozambican entrepreneurs have been able to acquire 795 loans through the DCA program and the statistics show promising results as well.

Additional statistics show that over 160 thousand borrowers in 74 countries around the world have been provided with financing through the DCA program. When businesses are able to sustain themselves and better the future of their communities, even small time farmers can make monumental impacts.