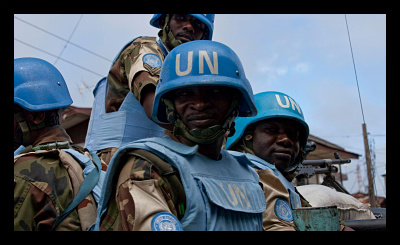 The Security Council recently extended the mandate of the United Nations Multidimensional Integrated Stabilization Mission in Mali by one year. The mission was established by the Security Council in April in an effort to bolster Mali’s state authority. That authority has been repeatedly tested by rebel factions in the country’s north which have seized a significant amount of control over communities in that region.

A ceasefire agreement mediated by the African Union has been in effect in Mali since ethnic Tuareg rebels launched assaults on government buildings, killing soldiers and government officials following a visit to the northern town of Kidal by new Prime Minister Moussa Mara. The attacks were a reminder of the violence which has gripped the nation in recent years.

In June of 2013 the Ouagadougon Agreement between Tuareg rebel groups from northern Mali and the government was signed with the African and European Unions serving as co-signees. The agreement allows the government’s army and administration to return to the region of Kidal which has been under the control of rebels since 2012 following a military coup. However, the agreement, like the ceasefire, has been tenuous at best, with the rebel group still wielding significant control over the country’s northern region.

In June 2013 French military intervention led to the defeat of Islamist groups controlling the North. It allowed for stability to return to the region, but that stability has remained fleeting.

Recently the United Nations announced that its peacekeeping forces in Mali will be using unmanned drones to gather useful information. This is similar to the drone operations already being utilized in Congo. So far, only 8,000 of the promised 12,000 UN peacekeeping troops have been deployed in Mali.  The numbers are set to increase soon, but there is no doubt that an integral portion of Mali’s stabilization efforts remains unavailable.

An addendum to Mali’s security woes has been the recent announcement by the World Bank that they would be delaying $63 million in aid pending their inquisition into Mali’s government spending. The International Monetary Fund followed suit by delaying $6 million of its own aid money. This follows the government’s purchase of an expensive presidential jet despite the country’s significant budgetary restraints.

It has become clear that Mali is plagued by varying levels of instability. Over the coming months the U.N. will attempt to temper that instability and instill competence in the state’s operations. The results are yet to be seen.